MILWAUKEE, Wis. (CBS 58)-- A single mom was pulled over by a Milwaukee police officer on Saturday for not having proper registration. Just when she thought she was down on her luck, the traffic stop ended with not only a verbal warning, but gifts she will forever remember.

Officer Kevin Zimmermann pulled Andrella Jackson over because she didn't have proper plates for a car she bought three weeks ago.

”As I was walking up to the vehicle I noticed three kids in the backseat, and two of them were very young,” said Zimmermann.

Jackson’s two young daughters had no car seats. Officer Zimmermann took her information and went back to his squad, but it wasn’t to write her tickets.

“I actually started looking up Walmart on my computer in my squad car to see if they had anything in stock,” adds Zimmermann.

”He said there are so many car accidents,” said Jackson. ”He said he would hate to see something happen to them.”

The 12-year MPD veteran knows from experience how dangerous it is for kids to not be in a proper car seat.

”I’ve been to one fatal where a kid was actually killed because of that, I mean even if you’re not properly restrained too, it can lead to other internal injuries,” said Zimmermann.

Jackson is a single mom to five kids and could only afford to buy winter coats for now. Car seats had to wait.

”At that point I thought about my kids,” said Zimmermann. “I knew if I wasn’t able to afford it, I would hope somebody would help me out.”

After letting Jackson go with a verbal warning, Officer Zimmermann went to Walmart. Later that day he showed up at Jackson’s door with car seats, books and stickers. 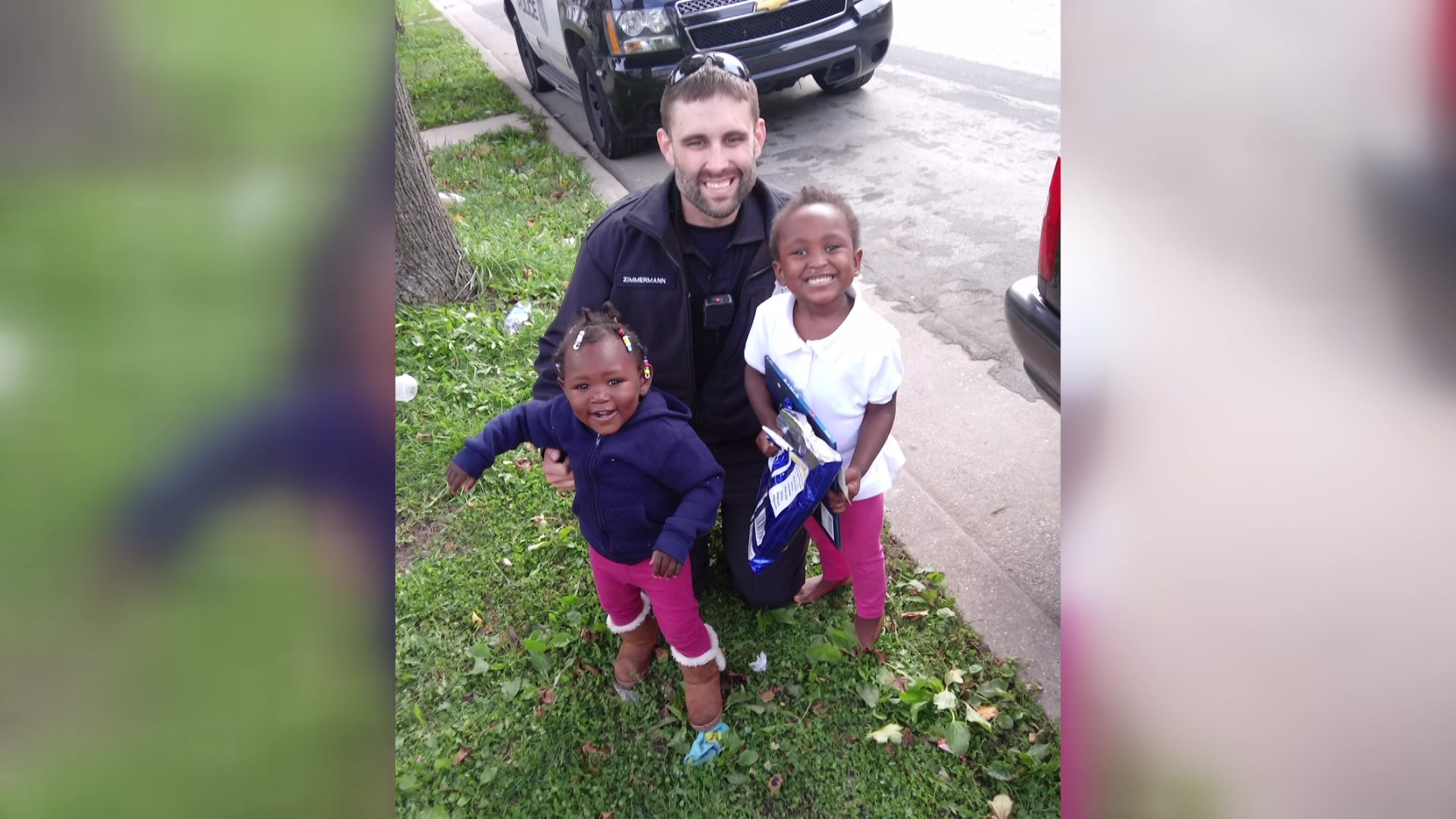 ”It was loving and sweet of him. I really appreciate it because like he didn’t have to do that, I could’ve gotten three tickets instead of car seats,” Jackson says.

Officer Zimmermann even installed the car seats, and taught Jackson how to do it herself.

As for Jackson’s young daughters, nobody gets to touch their new car seats.

”This was nothing compared to seeing them smiling and laughing, you know, my kids would’ve been happy too,” adds Zimmermann.