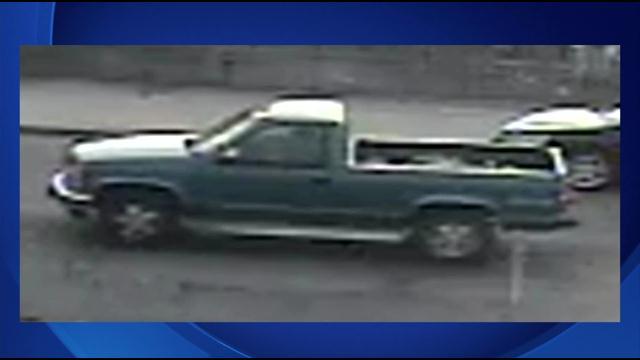 Lisa Grabowski says she suffered a concussion, and her car was totaled.

This past Saturday shortly before 7 p.m. Grabowski says she drove down South Kinnickinnic Avenue, and stopped at the bridge for the flashing lights.

\"Before I knew it I was hit from behind, shuffled onto the bridge that was coming up”, said Grabowski. \"I quickly hit the gas to get to safety on the south end of the bridge. I pulled over thinking the driver was doing the same thing behind me to get each other's information and call the police. I looked in my rearview mirror and I saw him on the north end of the bridge and he quickly turned around and took off in the other direction.\"

\"It's a teal pickup truck, single cab as well”, said Grabowski. \"There is a chrome running board which is very distinctive. There is five points steel rims on the car which is characteristic of a Chevy or GMC and 90s model.\"

We also spoke with local businesses here on Kinnickinnic Avenue, but none of them have video of the actual crash or got a look at the pick-up truck's license plate.

Milwaukee Police are investigating this hit & run crash, but investigators say they haven't looked at any surveillance video. Anyone with information is asked District Two Headquarters at 414-935-7222.