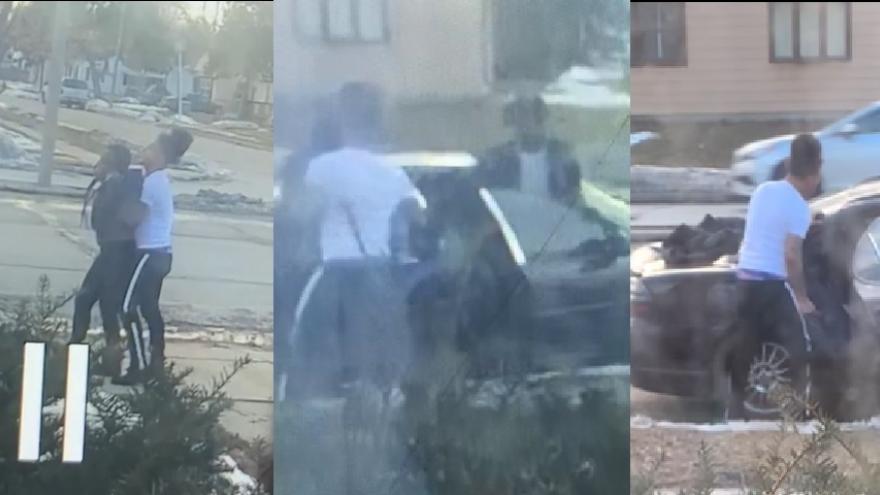 MILWAUKEE (CBS 58) -- Milwaukee Police released an update Sunday morning saying the woman who was potentially a victim in an abduction has been identified and located.

The 17-year-old woman was a victim of battery and her 17-year-old boyfriend who is the suspect has been arrested.

The case will be presented to the Milwaukee County District Attorney for review of possible charges stemming from the incident.

MILWAUKEE (CBS 58) -- Milwaukee Police are asking the public to help them identify both the victim and suspect in an abduction that happened Friday, March 15 between 5:30 and 5:45 p.m.

Police say the abduction occurred near 51st and Hampton.

The victim is described as a black woman around 20-years-old. She is described as 5’5" tall and 140 pounds, with dark complexion and shoulder length braided hair. She was last seen wearing a black shirt, black leggings and tan Ugg boots.

The suspect is described as 21-year-old black man. He is described as 5’8" tall and 150 pounds with light complexion and long hair pulled up in a "man bun.” He was last seen wearing a white t-shirt, black jogging pants with white stripes down the leg and black flip flops.

Anyone who can identify the victim or suspect or who knows where they might be is asked to call Milwaukee Police at 935-7360.