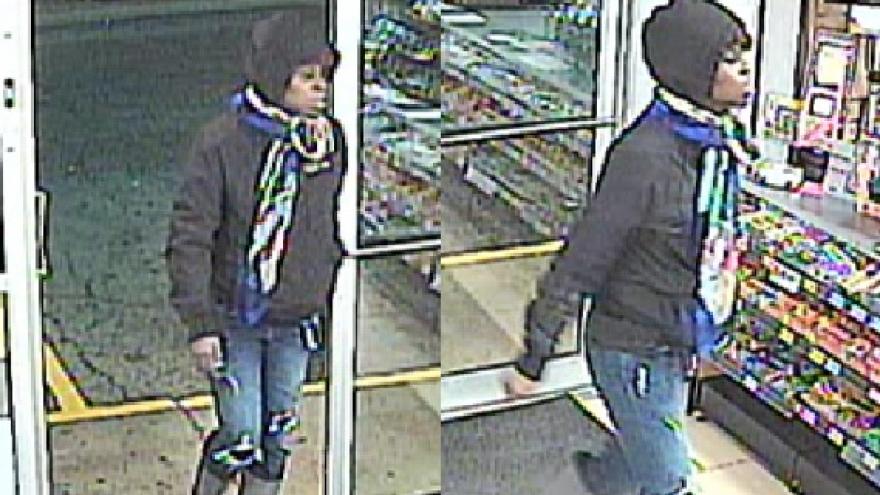 MILWAUKEE (CBS 58) -- Milwaukee Police are asking the public to help them identify suspects wanted for a robbery at a 7-Eleven near Hartford and Oakland. The robbery happened early Wednesday morning just after 2.

The first suspect is described as a black woman in her late 20s about 5'5" and 150 pounds and was last seen wearing a black winter hat, black jacket with hood and "AMC 1921" stitched on it, multi-colored scarf, blue jeans with rips at the knee and black and grey boots.

According to Milwaukee Police, the woman went into the store to the front and demanded money from the clerk and said that the man, who stayed outside the store as a look out, had a gun. The clerk said he never saw a gun but did believe that the man was armed.

The woman stole some money and several packs of cigarettes before fleeing on foot.

Anyone who can identify the suspects or who has more information is asked to call 414-935-7360.