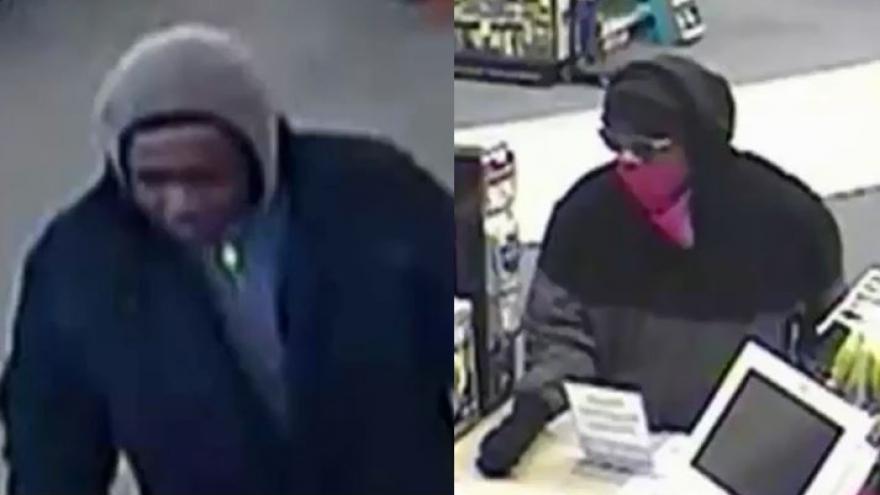 MILWAUKEE (CBS 58) – Milwaukee Police are trying to find the suspects who tried to rob two CVS pharmacies on the same day.

The first happened just after 9:00 Monday morning when police say a man tried to rob the CVS on South 13th Street and Forest Home Avenue. Investigators say he threatened a pharmacy employee, said he had a gun and demanded cash.The suspect did not get any money from the business and ran away. Police have released surveillance footage of the suspect.

Later the same day, police say a man tried to rob a CVS on the city's northwest side near Appleton Ave. and N. 76th street. Police say the suspect came into the pharmacy around 8:30 p.m., handed the clerk a note saying he had a gun, demanded cash and made threats.

The suspect didn't get any money from the pharmacy but did steal a customer's wallet before getting away. Police released surveillance video of the suspect in that incident.