'Pray for this city': Road rage leads to fatal shooting of 3-year-old girl, 1 in custody

NOW: ’Pray for this city’: Road rage leads to fatal shooting of 3-year-old girl, 1 in custody

MILWAUKEE (CBS 58) -- Milwaukee police say they are continuing their investigation Sunday after a 3-year old girl was fatally shot Saturday morning. The suspect is in custody. They say the district attorney's office will review the case this week for possible charges and an update will follow.

The 3-year-old identified by family members as Brooklyn Harris, was shot during a road rage incident in the area of 42nd and West Townsend.

Neighbors say they're glad to hear the suspect is in custody, but are speechless after finding out the reason behind the deadly shooting.

"I'm glad that he's caught and pray that justice be served for this little baby, everybody needs to wake up and make a change," said Lisa Robinson, who lives in the same neighborhood as Brooklyn Harris.

"I'm pretty much speechless about that because how mad are you gonna get about road rage where you're gonna shoot up a car and you don't even know who's in the car? It's just like senseless you know," said another neighbor, Derrick Reams-El.

The Original Black Panthers of Milwaukee gathered for a rally on discrimination and child violence on Sunday near the scene of the shooting.

They say the community needs to talk to their young people and add youth programs to prevent violence in the community. The Black Panthers say when one child dies, it affects the entire community.

"My heart and the panther's heart cries out, not only for the children that have been murdered but to the families too because we're all a victim in this, the complete village is our family. If one person is hurt, then the whole community is hurt," said King Rick, leader of The Original Black Panthers of Milwaukee.

A GoFundMe has been created for the child's funeral expenses.

Police were called to the scene of a shooting around 8:35 a.m. near 42nd and Concordia.

The vehicle with the 3-year-old girl continued down the street and someone from the other vehicle fired shots into the rear of the victim's vehicle.

One of those shots fatally struck the 3-year-old girl.

According to police, several other children ages 1, 2, and 4 were also in the car at the time.

"What was a bad enough tragedy could have been worse, but thank God it wasn't," said Inspector Terrence Gordon with the Milwaukee Police Department.

Witnesses on scene gave police a description of the vehicle which fired the shots and police then spotted that vehicle in a nearby district.

Police initially lost sight of the suspect's vehicle due to the high rate of speed it was traveling at.

That vehicle eventually crashed near 26th and Walnut and someone inside fled on foot.

That person was taken into custody near 28th and Cherry.

MILWAUKEE (CBS 58) -- The Milwaukee Police Department is currently investigating after a 3-year-old was shot and killed.

It happened around 9 a.m. on Saturday.

The exact location of the shooting is not known at this time but Milwaukee Police say several scenes are active. 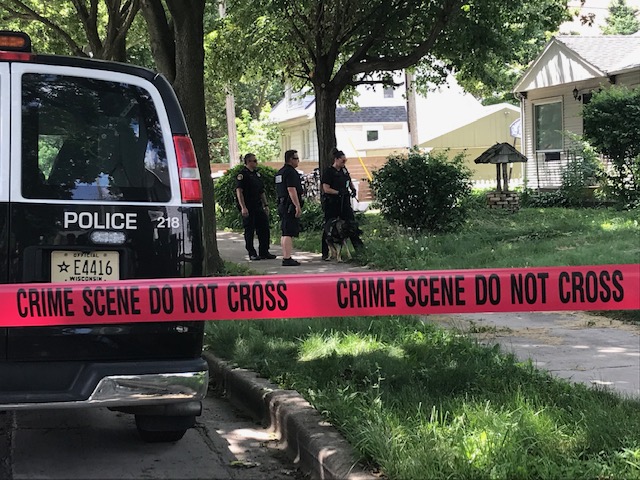 Milwaukee Police have taped off an area near 26th and Walnut

A large police presence was observed near both 42nd and Townsend and 26th and Walnut. 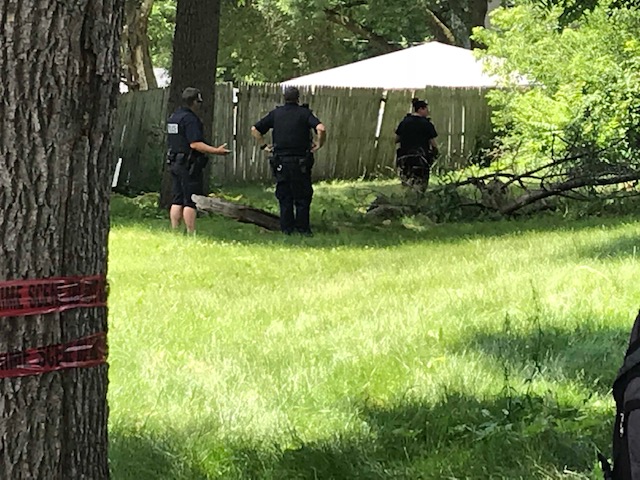 Milwaukee Police conducting an investigation near 26th and Walnut

The circumstances surrounding the death have not yet been released.

A Lieutenant for the Milwaukee Police Department calls this a "very fluid situation." 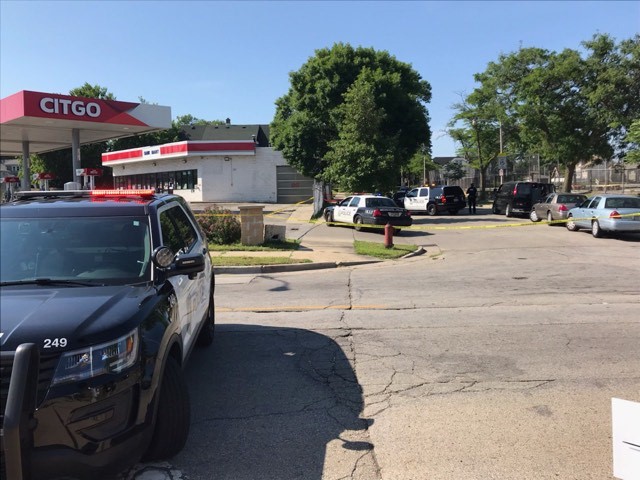 Milwaukee Police taped off the area around the Citgo Gas Station near 42nd and Townsend around 9 a.m. this morning.

Milwaukee Police are expected to brief the media around 12:40 p.m.