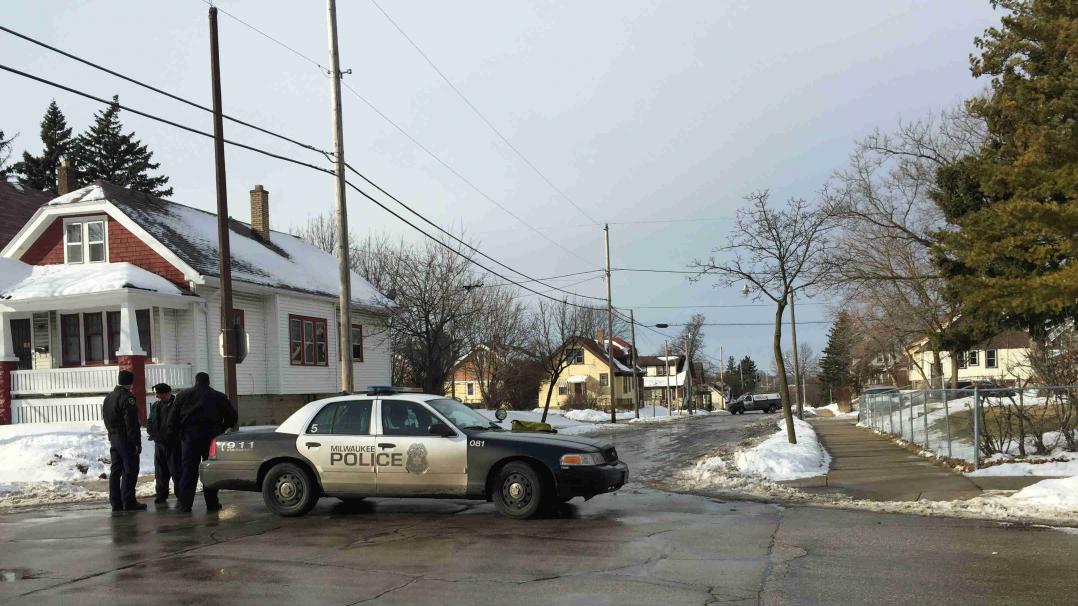 Milwaukee Police are investigating a deadly hit and run accident that happened Saturday morning. It was a quiet, almost somber morning in the 1200 block of North Finn Street, as residents woke up to a crime scene in their backyards.

But they say it's something they've gotten used to.   \"It's horrible up here, just a couple weeks ago a guy got killed here up the street. It's just bad. People dont want to leave their house,\" said Terry Williams.

Residents in this milwaukee neighborhood say they fear for their safety. \"When the sun comes out you're gonna be like should I come out on this block or not?\" said Williams.

And another incident has confirmed their fears. Milwaukee police say around six this morning, a 59-year-old man was hit by a car in an alley. His body was dragged into the street.

\"They didn't care, if they cared they would have taken the time out to stop and take care, make sure the person was ok and called 911. They would have done whatever it took,\" said Janis Gregory.

A concerned citizen calledMPDd after seeing the body, but it was too late. The man died in the street, before police got to the scene.

Police say the victim didn't live in the area and residents we spoke with say they hope itwasn'tt' one of their own who committed the crime.

\"How would you feel?  What would you do even in a situation where you were wrong? He could have been intoxicated, thought he was going to be caught by the law. But right now I'm quite sure that individual is thinking about it,\" said Gregory.

But one thing's for sure. They want to see a change. \"Things like this stop you from doing other things that you wanna do. Cause they leave the house and they may not come back,\" said Williams.

\"What can we do to change it ? I have no idea. Because even if you go to the politics to the alderman,w hatever, thewhateverlittle at one point and then they just forget,\" said Gregory.