Crosby was wanted in connection with the death of Milwaukee Police Emergency Communications Operator Deborah Harris.

Anyone with information on Crosby's whereabouts is asked to contact Milwaukee police at 414-935-7360 or Milwaukee Crime Stoppers at 414-224-TIPS. 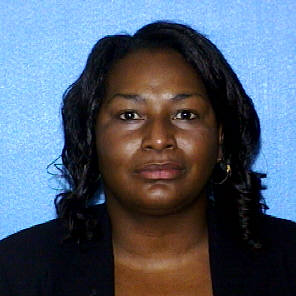 MILWAUKEE (CBS 58) -- A Milwaukee police dispatcher was killed after a vehicle crashed into her parked car early Monday morning, March 16.

According to Milwaukee police, officers witnessed a vehicle run a red light near N. 51st Blvd. and W. Fond du Lac Ave around 2 a.m. Officers initially pulled the vehicle over, but the driver took off. Police then initiated a pursuit, and lost sight of the vehicle nearly a minute later.

Shortly after, officers saw the vehicle had crashed into an occupied car near N. 51st Blvd. and W. Vienna Ave.

The victim, a 62-year-old Deborah Harris of Milwaukee, was employed as emergency communications operator by Milwaukee Police Department. She had 32 years of service with the department. She died from her injuries.

Harris leaves behind a husband, two adult children, two grandchildren and a host of family members and friends.

"It's sad.It's you know the innocent people. Just going on about their business. Trying to get home or picking up someone and you know it's just sad," said Cocroft.

MPD is actively investigating and seeking a suspect. Preliminary investigation shows that the suspect was a black man standing 6 feet tall.