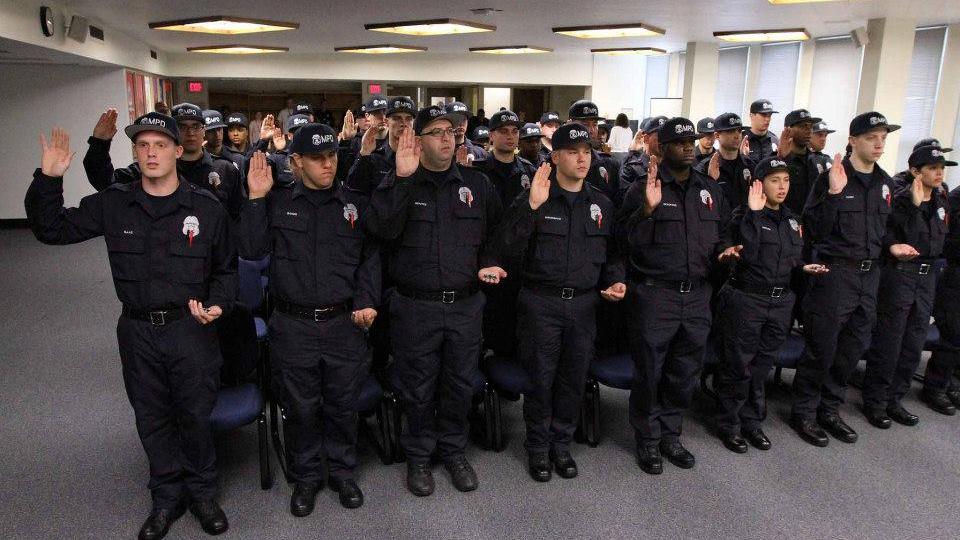 A new recruiting class for the Milwaukee Police Department was sworn in Monday.

MPD posted photos of the ceremony on its facebook page encouraging citizens to post positive messages to encourage the man and women in their pursuit of careers in law enforcement.

Chief Ed Flynn addressed the recruits and their family and friends who gathered at the Police Academy to witness them being administered the oath of office from the Director of the Fire and Police Commission.

The police department says the 35 new recruits will spend the next 28 weeks in an intensive training program.

They all hope to graduate and become a full fledged member of the Milwaukee Police Department.

The city is facing a critical time with a spike in gun violence and a murder rate that now matched homicide totals for all of last year.

Mayor Tom Barrett also personally addressing the recruit class which is made up of 29 men and six women.

16 of the recruits once were police aides, before rising to recruit status will all expectations of serving as officer in the City of Milwaukee.