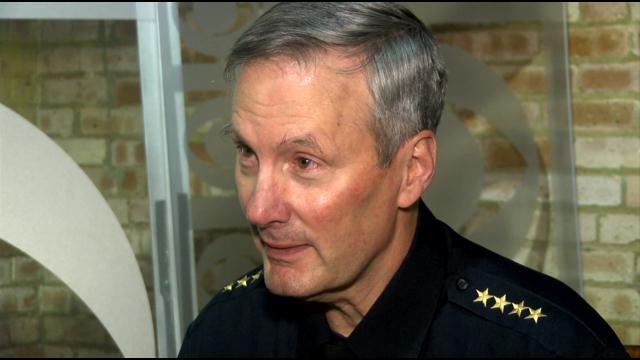 Security and safety have been important issues for the City of Milwaukee, with concerns growing after more than 70 protestors were arrested December 19 after taking their mission for justice in the Dontre Hamilton case to the highways.

But Milwaukee Police Chief Ed Flynn says those involved should not all be mistaken for protestors who actually live in the city.

\"This is the Occupy Wall Street movement attaching itself to the Hamilton family,\" Flynn said. \"It was clearly affected by people who were not previously connected to the demonstration.\"

Milwaukee County Sheriff David Clarke called for assistance from the National Guard with approval from Governor Scott Walker ahead of Chisholm's announcement, but peaceful protests proved that action was not necessary.

Walker says he remains optimistic that things will continue in a peaceful format.

\"You always plan for the worse, hope for the best,\" Walker said. \"The reality puts you somewhere in between. I think that's what's going to happen here. I don't expect we'll see the kind of disturbance we've seen elsewhere, but we don't want to be ill prepared like they were in Missouri.\"

CBS 58 sat down with Flynn hours after Chisholm's announcement that former Milwaukee Police Officer Christopher Manney would not face criminal charges in the fatal shooting of Dontre Hamilton.

We asked if he had any regrets about firing Manney. Flynn discharged Manney for performing an out-of-policy pat down on Hamilton, which led to the physical struggle that ended in Hamilton's death.

\"No, because these are two separate issues. Mine was an administrative fining, John's was a finding of criminal law,\" Flynn responded. \"We're beginning to realize we have to look at the decisions that lead up to the use of deadly force, and there will be factors of officer-created jeopardy, and in those circumstances, we have to evaluate the decisions that placed the officer in jeopardy.\"

Manney is appealing his discharge.