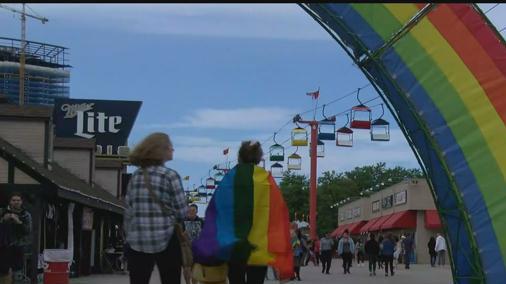 People throughout the Milwaukee area will also show their support for in just a few hours Milwaukee residents will gather here to honor the victims of the Orlando shooting.

Over the weekend the victims were honored at Milwaukee's Pridefest.

Organizers at the Pride celebration held a moment of silence.

Mayor Barrett said after a period of reflection, it will be time for lawmakers to look at the laws surrounding assault rifles.

They said there have been too many mass shootings as a result of access to high caliber weapons.

For tonight's vigil, community members are invited to gather on the corner of Water Street and Wells Street.