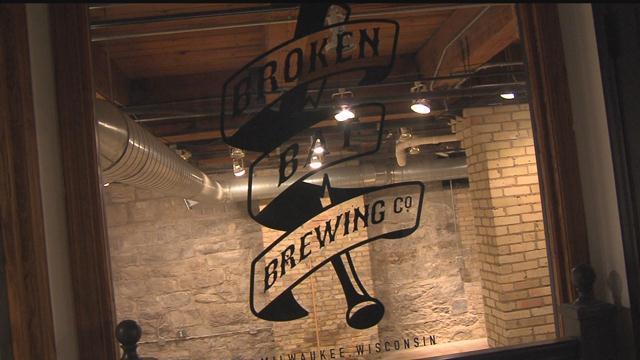 It's an idea five years in the making, that's finally coming to life.

"It sounded a little quirky, a little off, kind of like us," said Tim Pauly.

The space's exposed brick will set the tone for a 1920's golden-era feel, and yes, broken bats will be apart of the decor. Pauly, an avid baseball player, has been collecting them.

"Anytime myself or a teammate would break one, [I would] just quietly sneak over and ask if i could grab it," he said.

Bar-goers can grab a glass of the traditional ales and lagers, but expect creative craft beer recipes too.

McElwee, the brew master, has been experimenting with different fruits and spices.

"We're actually going to be experimenting with some different tea from a local tea company," he said. "So you got that to look forward to down the line."

But the team is in need of a critical piece of equipment that cools the beer once it's inside the fermentation tank.

"I don't know that it's the most important but it's very, very important," McElwee said.

So they're using the fundraising site Kickstarter to raise $8,500 in 30 days. Both are confident it will happen, but it's up to the community to step up to the plate.

You can contribute to Broken Bat Brewing Co.'s cause by clicking here. There are pledge rewards as well.