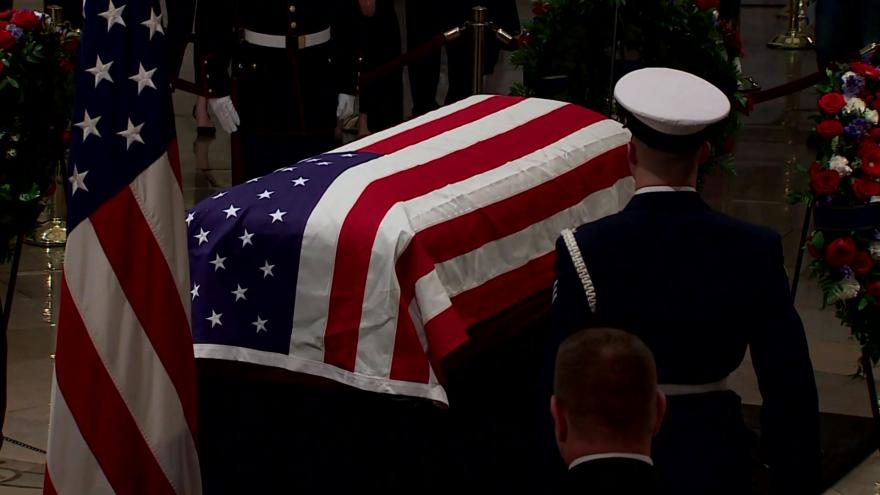 HOUSTON (CBS 58) -- A local man has the honor of standing over President George H.W. Bush's casket while it lies in Houston, Texas.

23-year-old Milwaukee native Isaac Lalko is a 2014 graduate of St. Thomas Moore High School. He joined the Air Force in the spring of 2016 and was immediately selected to apply for the Honor Guard. Of the 1,000 applicants for Honor Guard, Lalko was one of 13 selected.

Lalko is a member of the Airforce Honor Guard based in Washington D.C. He was responsible for standing over the President's casket at 1:30 a.m., 3:30 a.m. and 5 a.m. Thursday morning before a funeral service in Houston.

Lalko is the second local servicemember to stand guard over Bush's casket. Brookfield native Casey Schuetz, a member of the U.S. Marine Corps, also had the honor.