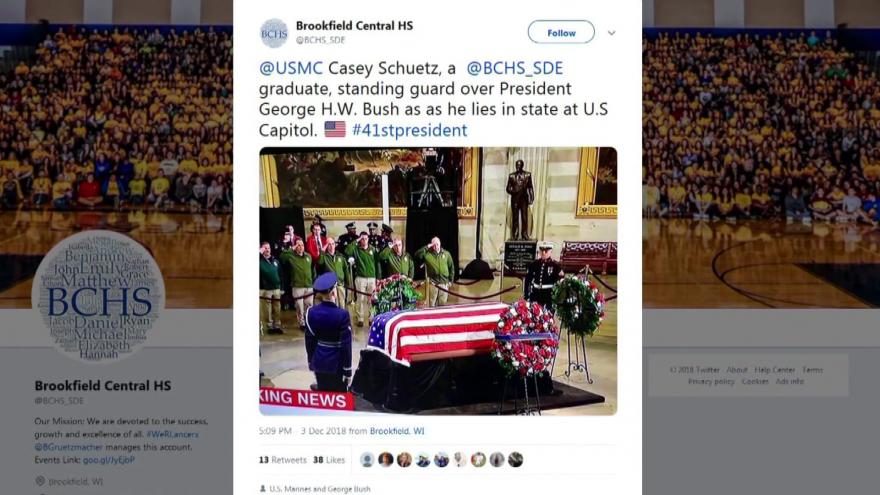 The school shared a photo of Casey Schuetz, a member of the U.S. Marine Corps.

The former president's casket will stay at the Capitol until Wednesday morning when it's taken to the National Cathedral for a state funeral.