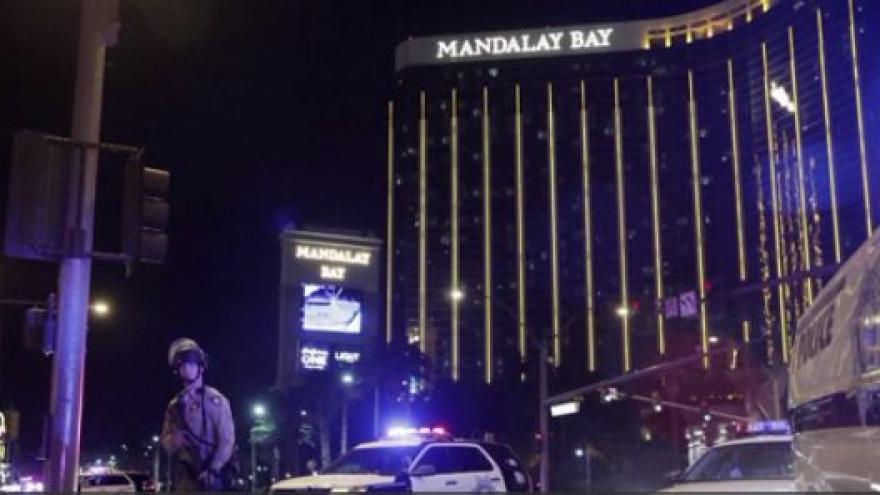 WISCONSIN (CBS 58) – Wisconsin families with connections in Las Vegas are desperately trying to get in touch with loved ones after a mass shooting killed 58 people and injured more than 500 others.

CBS 58 spoke with a Milwaukee area native who lives in Vegas now. She says it was a terrifying night.

Pooja Kumar grew up in Elm Grove. She now live about 10 minutes away from the Mandalay Bay Hotel where the suspect started shooting from the 32nd floor.

As Kumar was driving home last night, emergency responders sped right by her and because of how many there were, she immediately knew something was seriously wrong.

Kumar says she had friends at the music festival. They heard gunfire and one was extremely close to being shot. She says a man jumped on top of her friend to protect her and he was shot.

An ambulance rushed him to the hospital and right now, there are no updates on his condition/.

Kumar says the mood in Vegas is incredibly somber.

“There’s definitely a dark cloud over Las Vegas. Usually this time of the year, it’s still sunny and we’re happy because we’re still feeling the effects of summer, but right now, there’s just a chill in the air that’s terrifying,” says Kumar.

Kumar used social media this morning to let her friends and family know she’s okay. She says she’s been bombarded with friends and family in Wisconsin wondering if she’s okay and she said marking herself as “safe” on Facebook was a quick and easy way to get the word out.