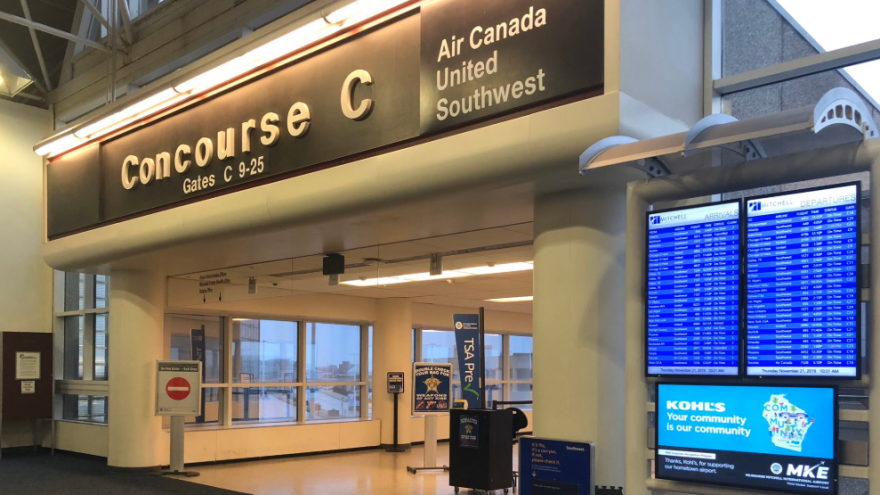 MILWAUKEE (CBS 58) -- Travelers going through Milwaukee Mitchell International Airport could get a taste of a summertime favorite year-round.

The airport is proposing opening a beer garden in Concourse C.

"Can they do it today?" traveler Dennis Raatjes asked.

According to an informational report from airport leaders, it could be called Baron's Beer Garden, honoring the area's brewing history.

"I think it's a great idea," traveler Dan Mooney said.

Even though the beer garden would be inside, the goal is to create the look and feel of an outdoor beer garden while also promoting Milwaukee County Parks.

"In the airport inside before you leave or when you get off, I think it would be fantastic," Sturgeon Bay resident Gene Allen said.

It was hard to find someone in the airport who didn't think it was a good idea.

"I don't personally drink, but I know a lot of people are kind of nervous before flights which is totally understandable," Carleen Kotsonis of Waukesha said.

According to plans, the beer garden would also serve food. It would replace a current spot that is struggling.

Airport leaders are expected to talk more about the potential beer garden and provide renderings at the Milwaukee County Transportation, Public Works and Transit Committee meeting on December 4.