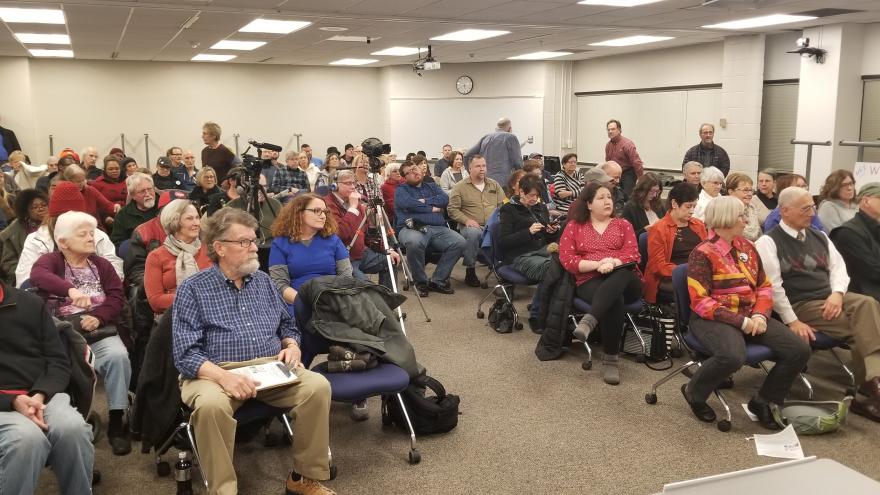 MILWAUKEE (CBS) - Voices of opposition are growing against a proposed special session in Madison.

Republicans want to hold the session to pass bills aimed at limiting Governor-elect Tony Evers’ powers, and move the Presidential primary in 2020.

“We are face with something that is, in my estimation, unprecedented in the history of the State of Wisconsin right now,” said Mayor Barrett.

One thing he’s concerned about, is the cost of what is being proposed.

Republicans want to move the primary in 2020 in order to break it off from a State Supreme Court race for a seat currently held by a conservative judge.  The GOP anticipates more Democrats will show up for the primary, and they will lose a Supreme Court  seat.

But creating an entirely new election would cost taxpayers.

“It would be hundreds of thousands of dollars of an unfunded state mandate,” said Mayor Barrett.

Another bill would limit the power of incoming Governor Evers, something that has become a priority for Republican leadership since Evers won, and they held their majority in the Legislature.

"The number one priority for us is to make sure that we restore the balance of powers between the two co-equal brunches of government,” said Republican Assembly Speaker Robin Vos.

“If it was fair to have these powers for Scott Walker, it’s not fair to make the change in the game right now,” said McFarland.

Democratic lawmakers say they plan to take to the floor of the Assembly Tuesday afternoon.

They are encouraging protesters to go to Madison and have their voices heard.