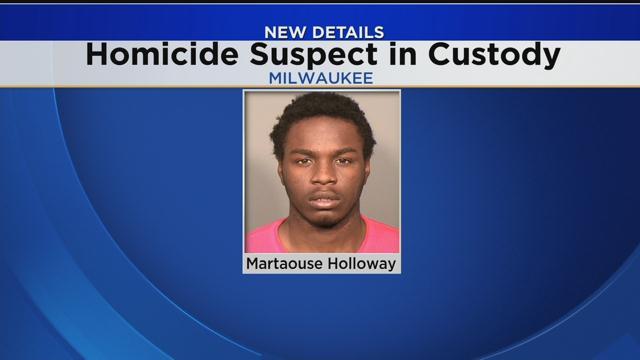 He was on the run wanted in the shooting death of a Milwaukee teenager.

Martaouse Holloway is in custody.

Milwaukee Police tell us he was arrested on Christmas Eve.

Holloway is charged with first degree reckless homicide in the death of 15-year-old Melanie Johnson.

The teen was killed inside her home earlier this month.

Investigators say the bullets that came through the window were meant for her brother.

He will be back in court for a preliminary hearing on January 4th.