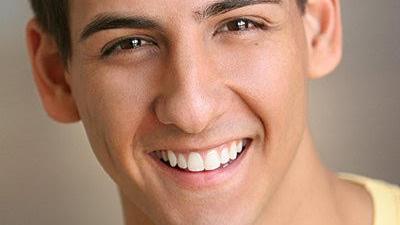 A Milwaukee man is set to fulfill a lifelong dream Sunday, taking the stage at the 70th annual Tony Awards.

Dan Gutierrez has been invited to dance in a segment honoring Chicago the Musical, which he toured with across the world.

"It was an overwhelming feeling to be asked," he says. "It's kind of surreal right now."

Gutierrez has lived in New York for about 10 years, but grew up in Bay View before attending UW-Stevens Point.

For five years, he was a part of the Broadway National Tour of Chicago the Musical, which led him to this opportunity. Sunday's performance is a tribute to the 20th anniversary of that show.

"I've done this show for so long that it's like riding a bike for me. The music, the choreography, everything is still in my body."

Gutierrez grew up performing at Milwaukee's Modjeska Theater, and his parents still live in Bay View.

"Dan's always had the talent in his feet," says his mom Patricia Gutierrez. "When he dances, he's just magical."

They'll never forget the moment their son called them with the news.

"He says 'mom, you're never going to guess what happened today," says Patricia. "Obviously, as a mom, I started yelling and screaming, and dad was there too so it was fun. We're so proud of him."

It was during rehearsal Friday night, that he realized how big this moment was.

"Going into rehearsal and into the theater and rehearsing with Bebe Neuwirth, and the choreographers, and the creative team was a bit overwhelming, because it's a little bit larger of a dream than I ever thought I would achieve."

Even with limited time to prepare, he's confident he'll perform well Sunday night. His parents plan on watching from their living room couch.

"Obviously I would love to be in New York," says Patricia. "But a friend of his said being at the Tony's is awesome, but being able to see your son perform on TV is going to be twice as awesome."