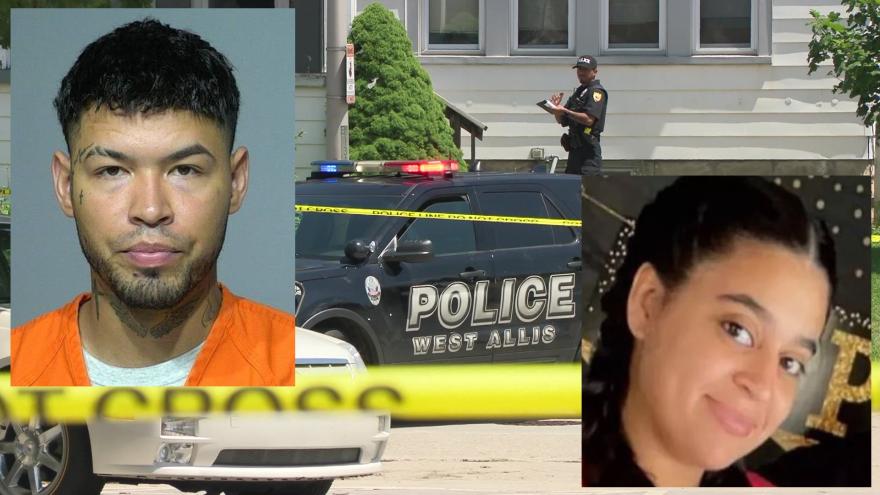 MILWAUKEE (CBS 58) -- A Milwaukee man has been formally charged in the homicide of a woman in West Allis.

On July 18, officers responded to the area near 72nd and Greenfield Avenue for a report of screaming and five gunshots.

A criminal complaint says responding officers located a woman, later identified as 24-year-old Ninoshka Maestre Lozada, lying between the fence and home with an apparent gunshot wound to the chest.

Investigators spoke with two construction workers in the neighborhood who heard gunshots and took photos of a suspect, later identified as Medina Cruz, running from the alley.

The complaint says Medina had been Lozada's boyfriend for two-to-three years and the father to three of her children. It goes on to say Medina had a history of domestic violence incidents with the victim.

Cruz was arrested at an Embassy Hotel in Oak Creek on July 19.

When questioned by authorities, Medina Cruz initially denied any involvement, but later confessed to shooting Lozada with a 9mm firearm.

He said that he and Lozada were arguing about another woman and she "started getting aggressive." That's when, he said, he "just shot like crazy."

Medina Cruz described closing his eyes and shooting about four-to-five feet from Lozada, before dumping the gun in Burlington and getting rid of his shirt. He admitted to purchasing a ticket to Puerto Rico with plans to fly there.

A preliminary hearing is set for Aug. 2.