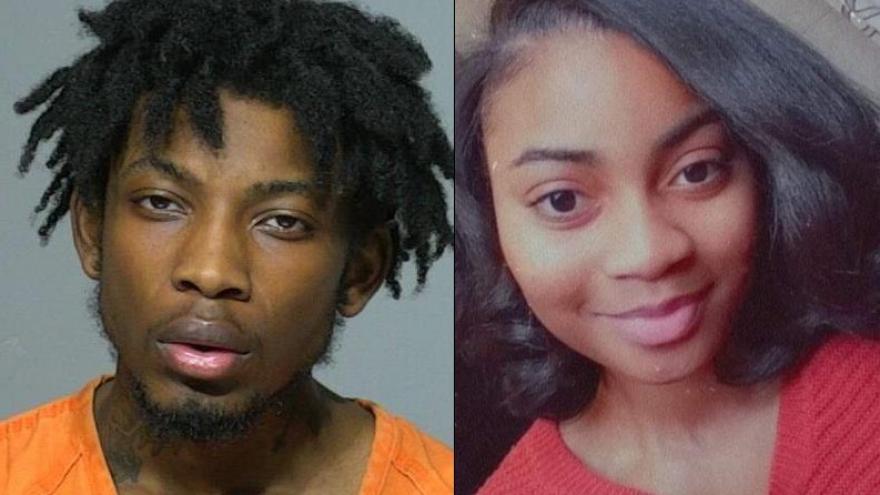 MILWAUKEE (CBS 58) -- A 20-year-old Milwaukee man has been charged in connection to the homicide of 19-year-old Leah Davis, who was murdered near 66th and Lisbon on Saturday, April 23.

According to a criminal complaint, officers were called to the scene and were met by the defendant, Keshawn Rowsey, who also called 911. Rowsey allegedly said, "I called. She's right up here." Davis was found shot to death. An autopsy report says she suffered eight gunshot wounds.

The complaint says investigators spoke with a friend of Davis, who said she received a phone call from Rowsey the evening of the shooting. He allegedly told her, "[Davis'] apartment got shot up eight times." The woman asked Rowsey if he was sure and he allegedly said, "I heard them shooting and I ran."

The woman went on to tell investigators Rowsey and Davis started dating in the fall of 2020 and they had a "rocky" relationship. She said they broke up three weeks ago and Rowsey "did not take the break up well."

In September of 2021, according to the complaint, Davis' friend said Rowsey made threats to kill Davis and even said he purchased a gun to do so.

The complaint says investigators spoke to another person who said they heard Rowsey knocking on Davis' apartment door the evening of the shooting. The person told investigators Rowsey continued knocking and after the knocking stopped, they heard gunshots.

Another person investigators spoke with had a similar story. They told officials they heard a knocking noise at Davis' door and shortly after heard gunshots.

The two individuals investigators spoke with identified Rowsey in a photo lineup as the person who was at the scene at the time of the shooting. Both stated they saw Rowsey's black Dodge Charger parked outside the building.

According to the complaint, authorities also spoke with a person who said they were friends with Rowsey. They told investigators earlier that day, he played basketball with Rowsey. Around 6 p.m., officials say Rowsey called him and told him, "[Davis] got shot." And then Rowsey admitted he was the one who shot her.

Rowsey has been charged with one count of first degree intentional homicide, domestic abuse assessments, use of a dangerous weapon.

He's due in court Wednesday, April 27.