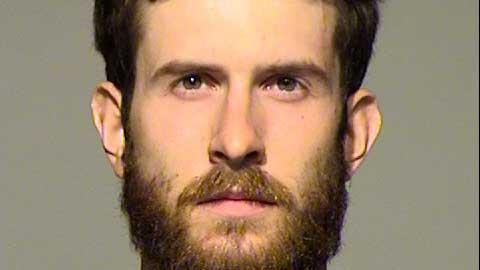 A Milwaukee man has been charged with child abuse for squeezing and putting his finger down the throat of his 21 day-old baby girl.

The mother woke up on July 1 to her baby crying and observed the baby could not swallow and had bloody spit foaming from her mouth.

She asked the father, Joshua Viane, what happened and he told her he had squeezed the baby and put his finger down her throat.

After attempting to soothe the baby the mother took the baby to the hospital.

Viane told police he went to Summerfest with his wife, the mother of the baby, and consumed six beers. After attending Summerfest they picked up their children and returned home.

Viane recalled waking up around 7:00 AM on July 1 with a hangover. He walked into the nursery to change a diaper. He began to undress the baby when he had the urge to squeeze her tightly.

He squeezed with so much force that the face turned red and eyes became bloodshot. He then pushed his index finger all the way down the baby's throat until the finger reached the knuckle. He kept his finger in her throat for three seconds before the mother walked into the room.

Viane claimed to have urges such as this for past four years.

The baby was being treated at Children's Hospital.

Doctor's reported leg bruising and rib fractures of the left ribs. Additionally there was bruising that has been seen in cases of sexual abuse.

Viane was charged with five counts of physical abuse.