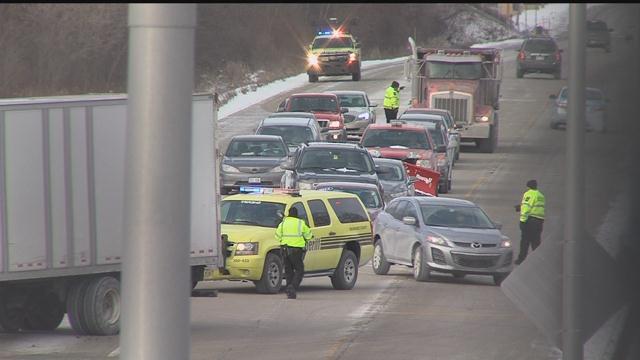 (CBS NEWS) Want a short commute to work? Move to Buffalo, New York. Out of the 50 major metropolitan areas studied by real estate site Trulia.com, commuters in the upstate New York city spent less time getting to work than residents of any other city. With an average commute lasting 20.3 minutes, the city beat the national average commute time by 6.9 minutes each way.

And when comparing commute times in Buffalo to other parts of New York state, the difference was stark: A Buffalo resident spent roughly 30 minutes less per day getting to and from work than residents of Long Island or New York City. To put that in perspective, that's 125 hours per year (based on a five-day, 50-week year), or the equivalent of three work weeks.

Of course, New York City and Long Island are at the opposite end of the commute-time continuum, ranking as the places with the longest and second-longest commute times, respectively.

Commute times have risen steadily in top metro areas, the study found, averaging 27.2 minutes each way today versus 26.4 minutes in 2009. Not surprisingly, Trulia found that a reasonable commute time was among the most sought-after "neighborhood preferences" in its 2016 study, coming in second only to having a low crime rate.

Among millennial renters in the survey, nearly of quarter ranked a short commute as the most important feature of a neighborhood. That beat having a low crime rate (14.4 percent ranked it most important), good schools (16.4 percent) and having amenities such as stores nearby (10.9 percent).

Trulia also found that renting is becoming more popular, which may have something to do with commuting: Renters spent less time commuting in 43 of the 50 cities studied. The difference in time was relatively small -- an average of just 1.5 minutes per day. But add it up over the course of a year, and you save a full work day, Trulia officials point out.

Notably, even though Los Angeles gets a bad rap for traffic congestion, the city is about average when it comes to commute times, according to Trulia. The average Angelino spends 27.6 minutes getting to work, just a hair over the national average of 27.2 minutes.

Where commute times are worst:

Where commute times are shortest: