Milwaukee Gets A Winter Wallop 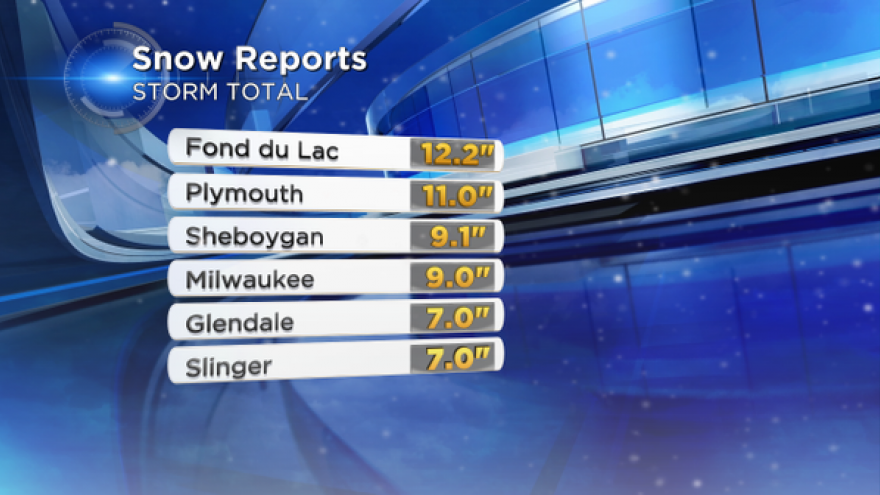 It's the second storm we've gotten this season, but the first one to occur actually during winter itself.  When it hit, it hit hard and didn't let up until the early hours of Tuesday.  Snowfall amounts ranged between 6 and 12 inches in many locations with the heaviest happening well north and west of the Milwaukee metro area.

General Mitchell International received 9 inches.  This is a record for the date.  The old one was 5.5 inches set back in 2007.  The liquid equivalent of what fell in the Brew City was just shy of an inch, another record set for the date. And beside all the snow, Milwaukee recorded a wind gust of 60 mph.

And as a result of Monday's storm, we're now several inches above normal for snowfall for the season.  It'll be interesting to see what happens as we proceed through the winter months and with an El Nino weather pattern expected to dominate the forecast.  Typically in years influenced by the warming of the Pacific waters, the Midwest normally stays warmer and drier than normal.

This last storm, with all its components of sleet, snow, and freezing rain, proved to be a perfect example of why everyone should download the free CBS58 weather app when you're on the go.  It's a great way to stay "plugged in" even when you're away from your home computer.