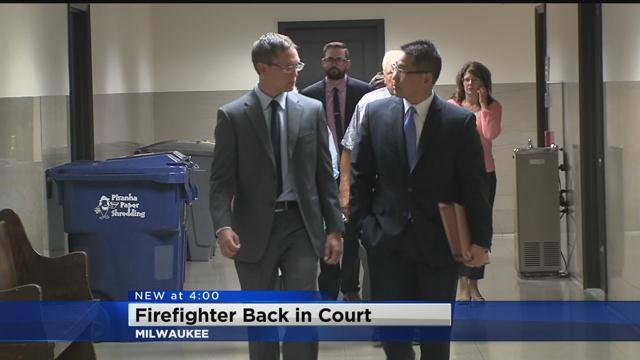 The Milwaukee firefighter involved in a crash on Hawley road that left two people dead pled not guilty this afternoon.

Joshua Larson is facing four felonies after police say he left Miller Park drunk on Opening Day and crashed into an Uber driver in West Allis.

That driver and his passenger died.

Larson waived his preliminary hearing and was bound over for trial.

He will back in court later this month.