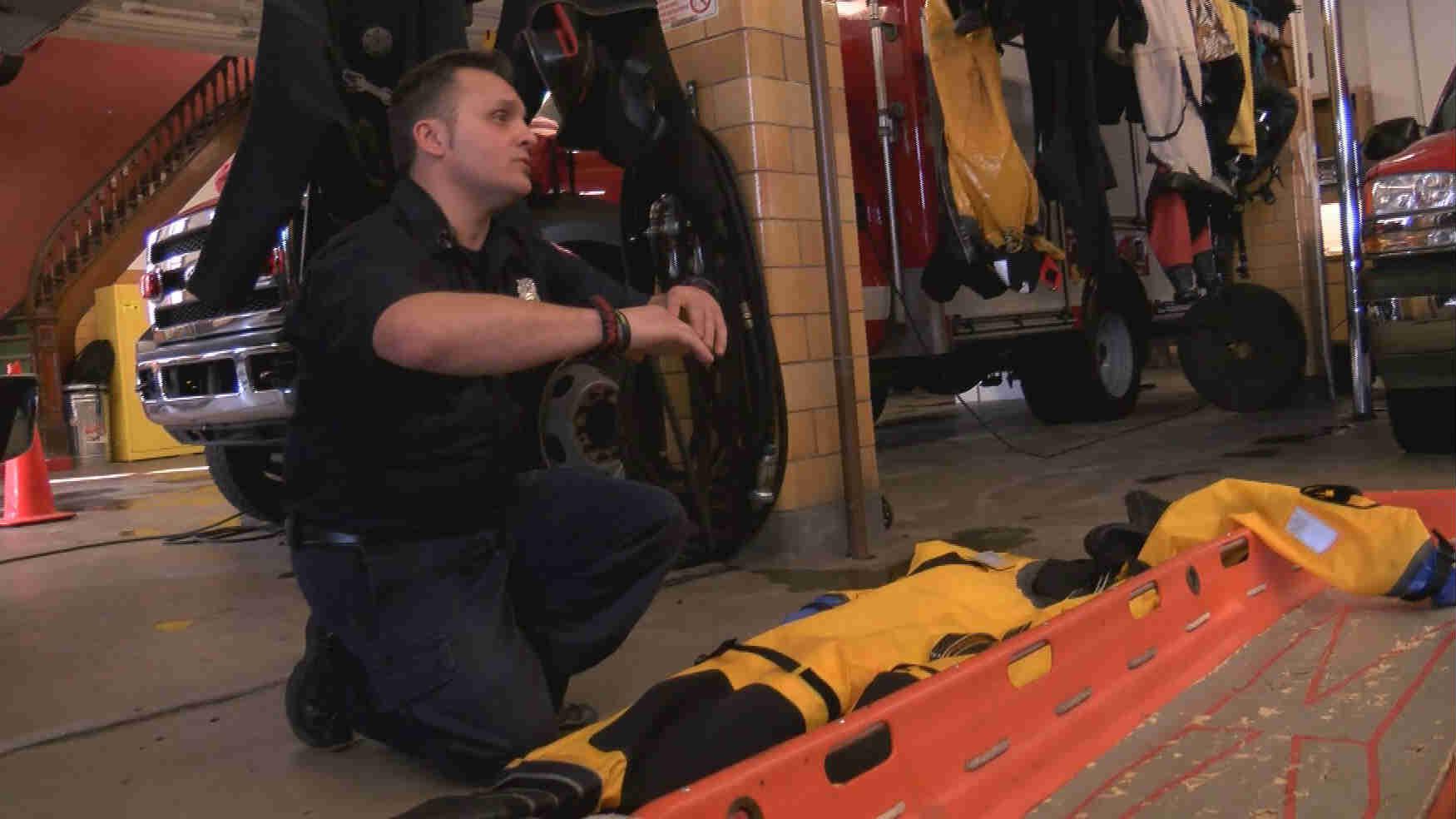 One day after reviving a woman whose SUV crashed off the 27th Street viaduct into the Menomonee River, members of the Milwaukee Fire Department Dive Rescue team spoke about the rescue in shock.

\"It was, yeah, pretty jaw dropping,\" firefighter Dennis Gross said Thursday.  \"I'm thinking, she just flew off the bridge, that she is not going to be in any kind of good condition.\"

Just before 6 p.m. Wednesday night, an SUV speeding south along the 27th street viaduct crashed through the guard fence and fell 60 feet into the river below.

The dive team, which had been out training on ice rescue all day, scrambled to the river where they found a 19-year-old woman already out of the car walking on the ice.  But a 25-year-old woman was still trapped beneath the water.

\"She's fully submerged, probably pushed down by the airbags,\" Gross said.  \"Right away I'm thinking, we might be transitioning over to diving.\"

Two firefighters in yellow \"mustang suits\" carefully worked their way across the ice using picks.  They got the door open, reached under the water and were able to pull the  woman out.  She had no pulse, but emergency crews revived her in an ambulance.

\"Nothing short of a miracle that after a 60-foot drop onto the ice, into a river, that both of these occupants, as of now, are surviving,\" battalion chief David Votsis said.  Votsis says the ice gave way instead of acting like concrete.  That cushion helped give the women a chance to survive the initial impact.

The water was so cold, it may also have saved the submerged woman's life.  Divers say they can revive someone whose been under icy water for up to 90 minutes.  Crews got this woman out in about 15.

\"The adrenaline's pumping, the excitement of the scene, so you feel it, but you don't feel it,\" lieutenant Kevin Monaghan said.

The crash was the dive team's third call in three weeks, but a rare instance where everyone lived.

\"The five of us can make it home to our families, that's when it ends well,\" Gross said.  \"And it's even better if we're able to save someone else's life.\"

Milwaukee police are still working to figure out why the women were driving so fast.  The 25-year-old woman crews revived is in stable condition, but firefighters say she was pregnant.  Police and fire weren't sure on the unborn child's condition as of Thursday night.
Share this article: