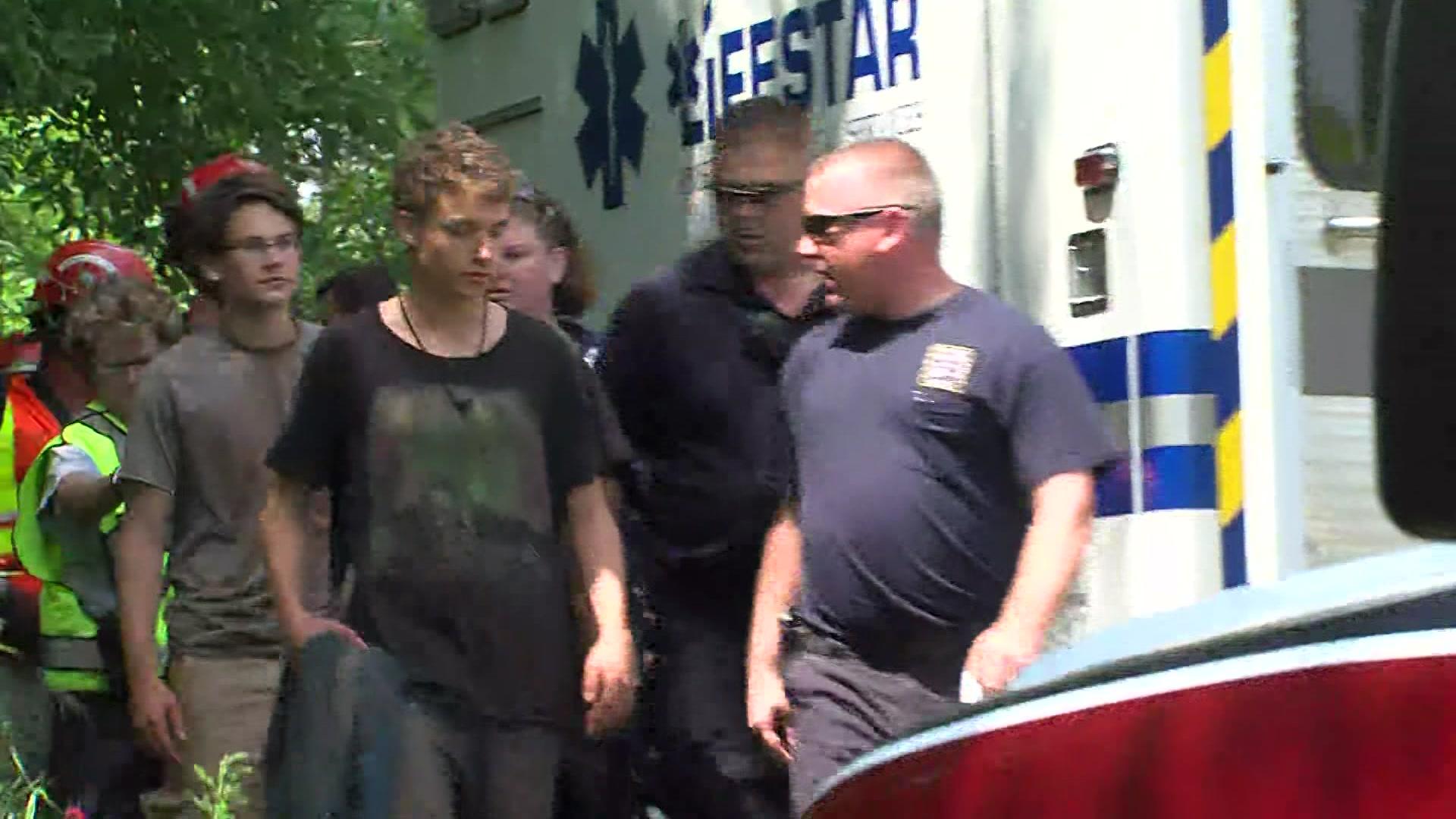 The Milwaukee Fire Department's Heavy Urban Rescue Team played in instrumental role during the final stretch of Monday's search for three missing teens who were found Monday in an abandoned mine.

Halpur said he helped direct a team of 10 Milwaukee firefighters, split into groups of seven and three, who went into the mine Monday. Halpur says the Milwaukee unit came in to relieve a similar search team from the Madison Fire Department.

Halpur says the Heavy Urban Rescue Team has never specifically trained for a mine rescue, but drew on past experiences of handling other unknown situations. He said, "They call us when it's complex and crazy. So the training and experience that they drew on was the years of experience of pulling up to other incidents that were out of  the ordinary, that were out of their comfort level."

Halpur also credits Jennifer Redell, from the Wisconsin Department of Natural Resources, for helping the firefighters navigate the miles of tunnels in the abandoned mine.

Redell was with the group of three firefighters who found the teens. She said, "I think they were glad to see us. They certainly seemed a little bit tired, a little big cold, but I think overall felt pretty relieved."

The abounded Neda Mine is owned by the University of Wisconsin-Milwaukee, and is the largest bat hibernaculum in the Midwest. Tuesday the Dean of the College of Letters & Science, Rodney Swain, said, "I think it’s important to emphasize that the Neda Mine is not a public facility and has always been secured and barricaded. All known entrances to the mine are locked for the public’s safety. Its primary research function is for the study of bats, and the vast majority of the data being collected is done by equipment; our researchers do not regularly enter the mine and, when they do, they take abundant safety precautions in consultation with mine experts. I’m thankful that the three boys were unharmed and urge everyone to steer clear of any mine unless it is a facility open for public tours."