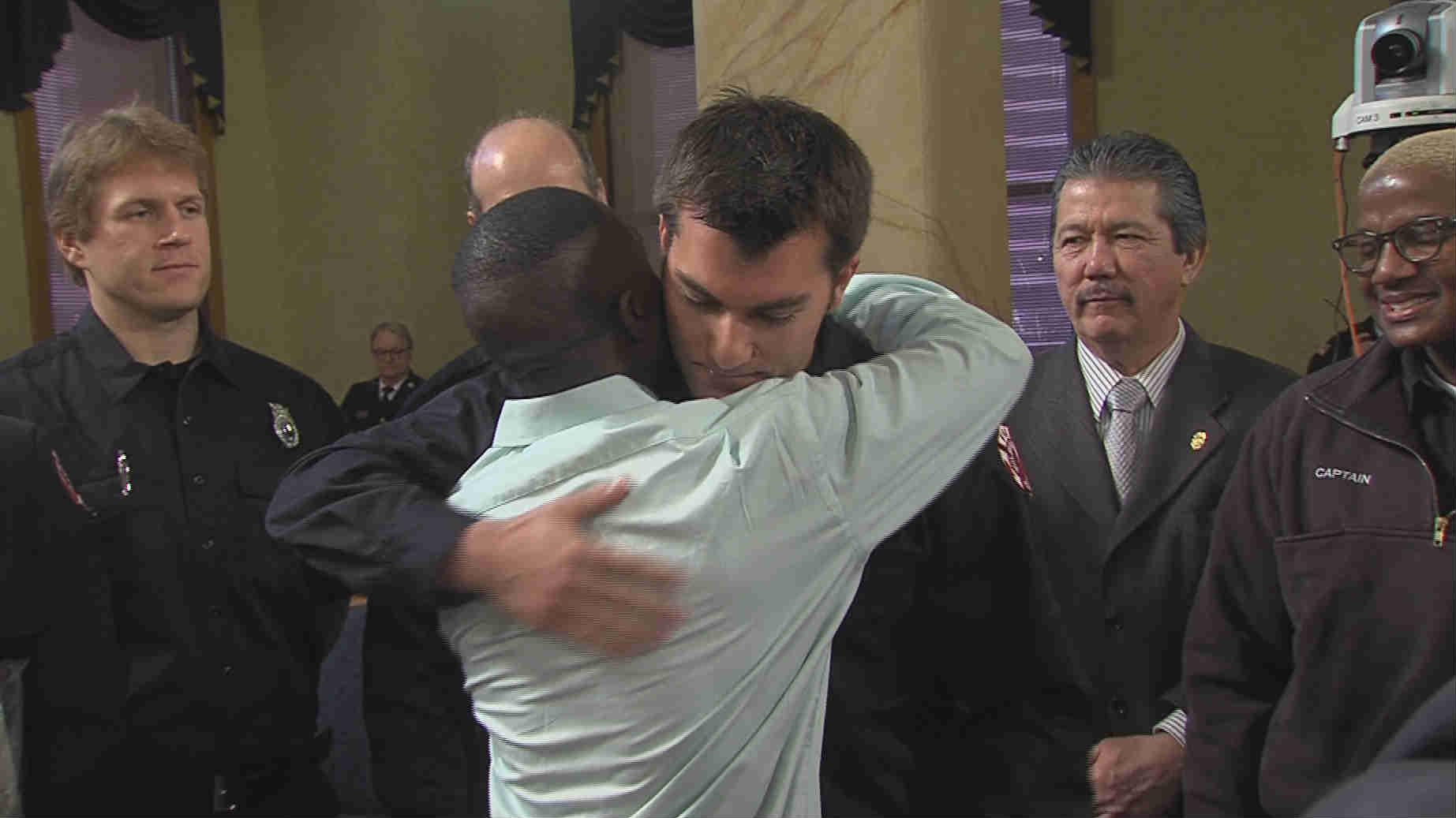 A Milwaukee father was overcome with emotion Tuesday as he thanked the firefighters and paramedics who saved his five year old son.

Onukwugha thanked God that his family was still together and then broke down at the podium at City Hall during a special awards presentation to the firefighters. Chief Mark Rohlfing comforted him to get him through the formal speech and then introduced him to Firefighter David Jauch who found the boy and pulled him from the burning home.

The two embraced as members from Engine 22, Med 13, Battalion 5 and Rescue 2 looked on.

It was back on January 14th that all played a role in bringing the boy named Emmanuel back to life.

The blaze was fully involved, huge flames and smoke and a crowd at the back door yelling about a child trapped inside.

\"At that point I didn't know if he was going to make it or not,\" Firefighter David Jauch told CBS 58 News. \" I brought him to the ambulance, he was lifeless at that point. The paramedics did a great job and he's at school today.\"

The boy who went on to make a full recovery and wasn't at the awards ceremony because his family didn't want him to miss any of his class work.

It was the outcome they all hope and train for.

But for Firefighter Jauch a milestone in his career. It was his first child rescue.