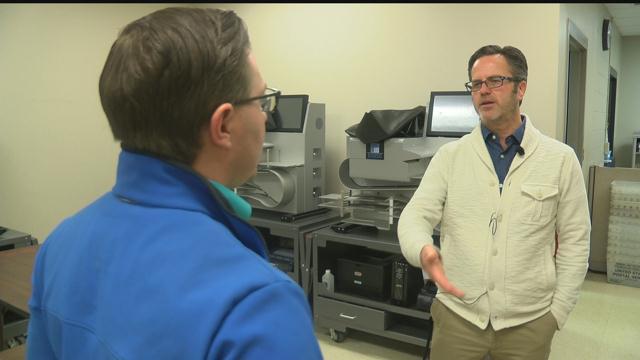 The head of the Milwaukee Elections Commission says thousands of people in the City of Milwaukee didn't vote because of laws that restricted voting.

It's a claim Governor Scott Walker's office is working hard to counter.

For example, about a 30 percent drop in parts of Milwaukee’s north side, where there's a high poverty rate among black people. Albrecht reports much smaller drops in other parts of the city.

Albrecht says, "Those numbers, those percentages really demonstrate the disproportionate effect of some of the requirements and the decline in voter participation."

Walker was asked about Albrecht’s claim during a media availability Friday, he fired back, "That's just a load of crap. There's absolutely no proof to that. We had the highest voter turnout since 1972 in the primary process for both Democrats and Republicans in contested elections. We had the second highest turnout of any state in the nation. If voter ID was a deterrent to voting, we wouldn't have had those numbers."

Walker says the turnout decline was seen nationwide, and says it was because of a lack of motivation for the presidential candidates.

Albrecht doesn't disagree that was part of the issue, but still says state officials are ignoring how the decline broke down in Milwaukee.