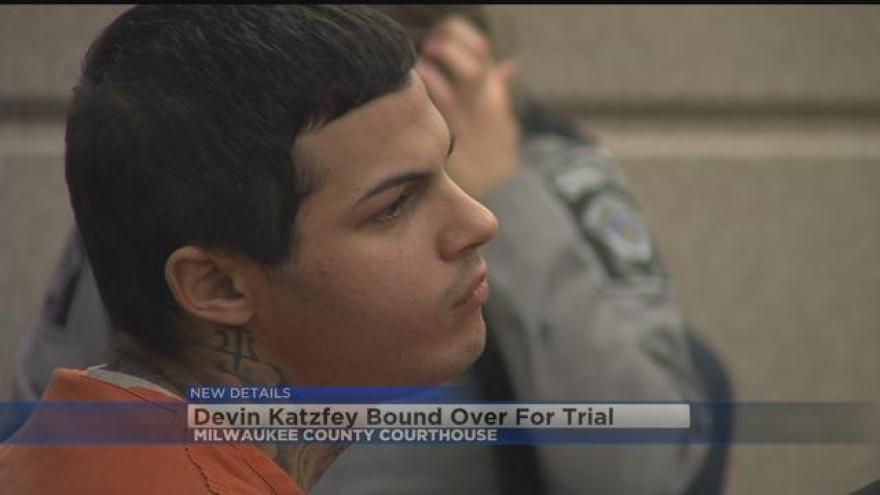 Devin Katzfey was bound over for trial during his preliminary hearing this morning.

A judge denied a motion to dismiss the case finding probable cause of a felony crime.

Katzfey and two others, his brother Brandon and Sarah Zakzesky are charged in the death of Delvin MendozaChaparro.

"She stated that Mr. Katzfey had stood over the victim in a straddling fashion and punched him in the face," said Milwaukee Detective James Campbell on the stand Wednesday. "His body was lying in the back in the middle of the alley and he had multiple injuries to his face and swelling to his face as well."

According to the criminal complaint, the three beat Chaparro claiming he stole their drug paraphernalia.

The group is then accused of leaving him to die in an alley on Milwaukee's South Side.

He will be back in court January 12th.