Milwaukee Dealership Plans to Move Because of Break-ins 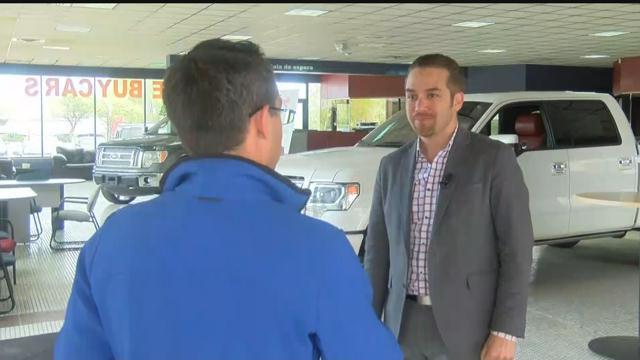 Heading into the weekend, there's a noticeable increase in security at car lots across the area after a series of dealership break-ins.

On Monday, seven cars were stolen from John Amato Hyundai  after a group of juveniles broke into the dealership and found several sets of keys.

Then on Wednesday, Russ Darrow Honda at 93rd and Brown Deer and Braeger Ford at 27th and Cold Spring were targeted.

"We're doing our part and we are going to clear these cases. But we just urge everybody who has a car lot, take steps to lock down those keys and make it impossible for them to steal them,” said Flynn.

One Milwaukee dealership is taking the chief's advice a step further not only securing its current location, but getting ready to make a move from one side of town to another.

Like a lot of dealerships in this area Vanhorn Latino has been hit hard by the recent dealership break-ins and thefts.

Antonio Diaz is the general manager for Vanhorn Latino. CBS 58 spoke with him last October after seven vehicles were driven straight off his lot since then he tells us the criminals have been back.

"Back in February, they took two vehicles. And then the last time they broken they actually broke into the building but we have almost everything sealed off so they could take anything,” Diaz said.

"It's putting a lot of pressure on our insurance company too. It's been one claim after another,” Diaz said.

By the end of the year, the dealership will move out of their current location at 76th and Calumet on the city’s Northside to a lot near 16th and Howard on the city Southside closer to the clientele.

“When we move we are also going to take all the precautions that we are taking here, but I think it's going to be less likely for to happen just because of the fact that this seems to be the preferred area,” Diaz said.

Diaz said if they didn't take action they would likely be forced to close their doors.

The dealership hopes to break ground on their new location next month and will hopefully be moved in by October.