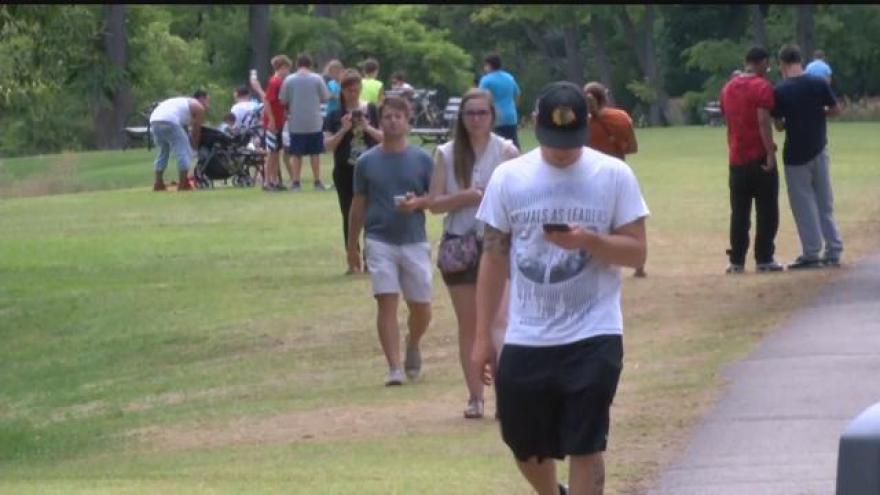 MILWAUKEE (AP) — Milwaukee County plans to settle a lawsuit from an augmented-reality game developer that challenged an ordinance requiring companies to get local permits for apps like Pokemon Go to be played in parks.

Under the settlement agreement announced Thursday, the county won't enforce its rule and will pay $83,000 in attorneys' fees for California-based developer Candy Lab Inc.

Milwaukee County passed the first-of-its-kind requirement in February because large crowds of Pokemon Go players left trash all around a park the previous summer. County officials argued that developers should get a permit like anyone else wanting to host an event to help pay for clean-up costs.

But a federal judge in July agreed with Candy Lab's argument that the ordinance violated its free speech rights because it was developing a poker game that would be affected. The judge blocked Milwaukee County from enforcing its requirement and the settlement makes that order permanent.

County Attorney Margaret Daun, whose office is recommending the settlement be approved, still believes something should be done to address the problem.

"It is essential that profit-making businesses cannot simply hijack our parks," she said, before a county panel unanimously approved the settlement Thursday. A final vote is scheduled for Dec. 14.

County Supervisor Eddie Cullen, who opposed the ordinance when it passed and is a Pokemon Go enthusiast, playfully ribbed supporters of the ordinance before voting to approve the settlement.

"I would argue that this actually is kind of a 'Ha-ha, I-told-you-so' moment," he said.

Cullen said the county would be better off paying $83,000 to clean its parks than paying for lawsuits.

Daun's office notes the settlement is covered by the county's insurance.

In the July court ruling, U.S. District Judge J.P. Stadtmueller criticized the ordinance "for its strangeness and lack of sophistication" because it treats game developers "as though they are trying to hold an 'event' in a Milwaukee County park."

The judge said the video games would "not be played at a discrete time or location within a park," and suggested it made more sense to punish gamers who violated park rules.