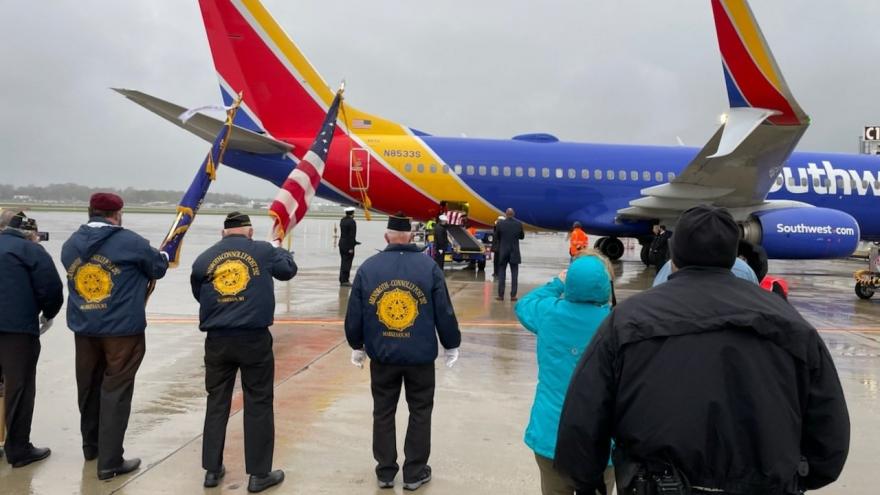 Navy Hospital Apprentice 1st Class Connolly, a native of Markesan, was 19 years old when he was killed along with 428 crewmen of the USS Oklahoma, according to the Milwaukee County Sheriff's Office (MCSO).

His ship was attacked by Japanese aircraft at Ford Island, Pearl Harbor on Dec. 7, 1941.

In a social media post shared Friday, the Milwaukee County Sheriff's Office said Connolly is the most recent of a number of Wisconsinites killed during WWII and interred elsewhere, to be identified through forensic testing by the Defense POW/MIA Accounting Agency.

They say Connolly's name is recorded on the Walls of the Missing at the National Memorial Cemetery of the Pacific at the Punchbowl Crater in Honolulu, Hawaii.

A rosette will now be placed next to his name to indicate he has been accounted for.

MCSO says veterans from the Abendroth-Connolly American Legion Post 282 in Markesan were on hand for Friday's dignified transfer.

Connolly will be buried Monday, Nov. 8 in his hometown.