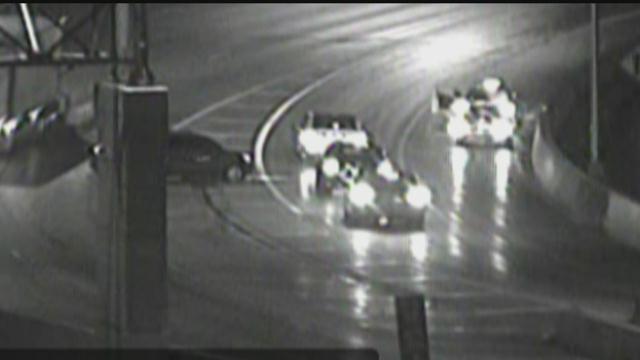 Deputies were at the scene of a three car crash that occurred Northbound I-43 just west of South 6 Street this morning at 5:16 AM.  Deputies positioned their squad cars in the right distress lane with their emergency lights activated providing scene safety for the previous crash.

One of the squads was struck by a 2000 Jeep Grand Cherokee.  The deputy was outside of his squad at the time of the crash and was not injured.

Sheriff David A. Clarke Jr. would like to remind motorists to adhere to the Move Over Law on the freeway system.  The law requires drivers to shift lanes, or slow down if traffic prohibits moving over, to help safeguard law enforcement officers, emergency responders, and maintenance workers performing their responsibilities on the freeways.