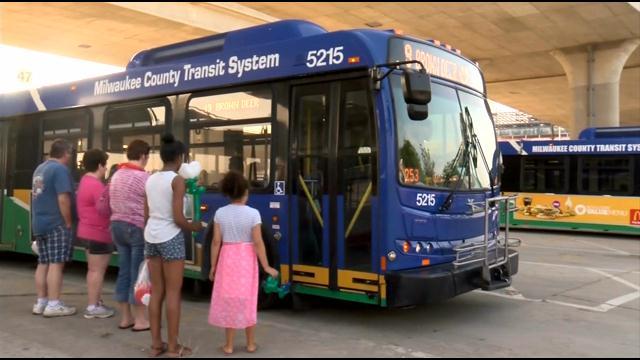 Summerfest runs for 11 days, and because the Milwaukee County bus strike is set to go in effect at 3 a.m. Wednesday, bus services could be suspended for up to 72 hours, and that would be a huge blow to the music festival.

Summerfest CEO Don Smiley knows the impact the bus strike will have on the world's largest music festival.

Smiley estimates that between 15 to 20 percent of attendees use Milwaukee County buses for commuting to Summerfest.

Smiley is also concerned the strike will affect employees who will rely on the bus service as well.

That's why Summerfest is working to accommodate workers who drive to the downtown area and not looking to pay the $20 fee per day to park.

\"We're going to have added cost to accommodate our workers,\" said Don Smiley. \"Luckily we have some partners in town that have offered parking lots and so, but yes Summerfest will take on cost to run buses we weren't expecting to run.\"

That's a relief for Summerfest employee Lamar Walter who commutes to Summerfest from Brown Deer.

\"I don't have that kind of money to get to work,\" said Lamar Walter.

As for festival visitors, local cab companies such as TAXI MKE is keeping a close eye on what happens next with the strike.

\"We've made our drivers aware of the potential time of 3 a.m. it could happen,\" said TAXI MKE Operations Manager Paul Sanfelippo. \"We have a very strong night crew on watch. But we have all of our drivers on watch. We have added additional drivers for this and through the weekend.\"

A new Uber user can type in the code \"Summerfest\" if they are attending the music festival.

The code will deduct $20 from the new user's ride.

TAXI MKE has an app that can be download on an iphone or android.
Share this article: