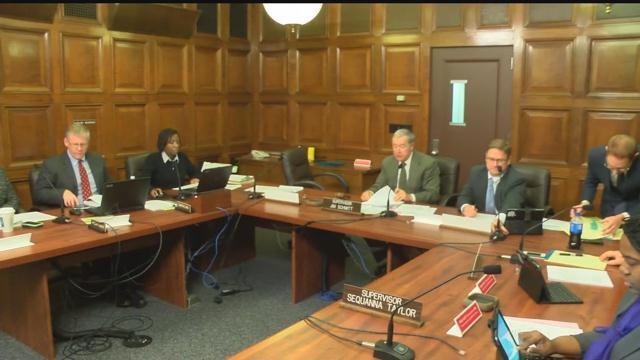 An administration error has cost some Milwaukee County retirees millions of dollars in pension payouts.

The pension error was brought up during Friday’s personnel committee.

According to the Milwaukee County Executive’s Office, the mistakes were reported between 2007 and 2009.

The errors were reported to the IRS and the county took part of the IRS’ voluntary correction plan.

A county executive’s spokesperson told CBS 58 that the county could not legally back pay the pensions until the IRS completed a report.

That was completed earlier this year.

The county wasn’t able to verify the cost of 11 million dollars to roughly 1,200 people until last month.

Plus an additional 6 million dollars in future payments.

County board members are upset they were not notified sooner about the costs.

County Board Chairman Theodore Lipscomb, Sr., said this in a statement yesterday.

"Has the County Executive known about these errors since he took office in 2011?  The amount the County owes grew every year by 8%, saddling us with dramatically larger costs than what we would have paid if the problem had been corrected sooner.

"I was disappointed to learn that County Executive Abele waited almost a month after receiving an actuarial report before informing the Board that in just four days, $11 million in lump sum payments would be paid out to retirees or their beneficiaries.

"By waiting nearly a month to inform the Board of underpayments to retirees, the County Executive denied the Board the opportunity to discuss the $17 million error during the budget process, and kept the public in the dark.

"The lack of previous disclosure and transparency from the County Executive and staff under his authority in the Employee Retirement System is disappointing. I have urged the Director of Retirement Plan Services to hold their meetings at a location where proceedings can be livestreamed for the public and recorded."

"Chairman Lipscomb has a predictable habit of distorting facts for his political benefit. In this case, it’s even more disappointing than usual because the Chairman’s inaccurate statements about the County’s efforts to pay retirees the benefits they earned have the potential to undermine the public’s faith in our entire pension system.

“This error was reported to the IRS in 2007 and the County Board has on multiple occasions over the years been made aware of the process by which we have been working with the IRS. The County Comptroller and Auditor, at the county executive's request, have already completed an analysis of the actuarial report we received a month ago. We have kept the Board informed since that time as well.

“Because County Executive Abele was not elected in 2007, we will let Chairman Lipscomb answer the question of why he has not taken any action on this since his election to the County Board. It is unclear why he is covering up his knowledge of this most recent issue since it has been shared with Supervisors on multiple occasions, most recently this July.

“This administration has moved as quickly as possible to remedy this unfortunate situation that was caused by previous administrations. An earlier response would not have been possible, as the Chairman implies, because the IRS only approved the County’s correction plan this summer.  Our hardworking employees have spent hours and hours of their evening and weekend time correcting this error, which they did not cause, since the IRS sent its approval. As soon as we received and were able to verify the cost, we shared that with the County Board and retirees.

Government isn't a game. The Chairman should check his facts, retract his statement, and apologize."