Milwaukee County Board introduces resolution to prohibit use of chokeholds 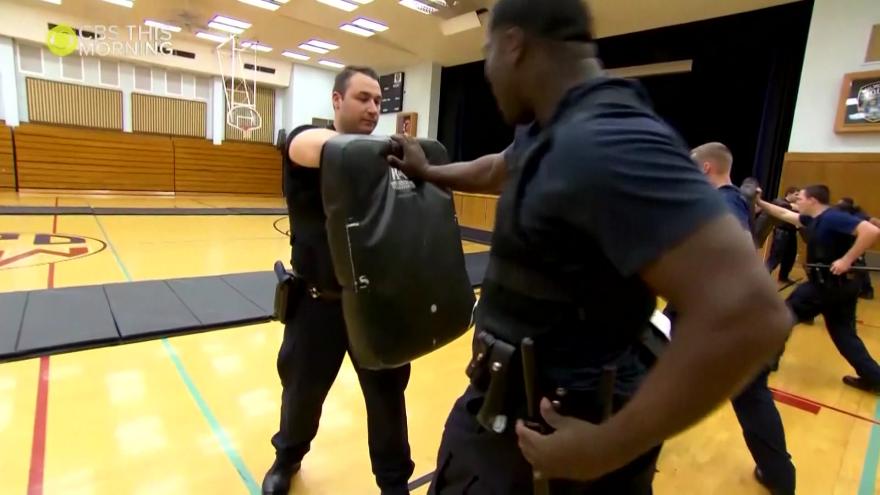 MILWAUKEE (CBS 58) -- Thirteen Milwaukee County Supervisors on Tuesday, Sept. 15, introduced a resolution calling upon the county's Civil Service Commission to prohibit the use of chokeholds and asphyxia by all Milwaukee County employees, including Sheriff’s Deputies and Correction Officers.

According to a news release from the Milwaukee County Board of Supervisors, if adopted, the Director of Human Resources would be requested to propose amendments to the Milwaukee County Civil Service Commission that would change the county’s Civil Service Rules, banning chokeholds or any form of asphyxia unless done as a last resort in self-defense or to protect the lives of others. The Civil Service Commission would then have to pass this measure for it to take effect.

“Given what’s happened to George Floyd and so many others across the country we must put it on record that Milwaukee County employees are expected to deescalate a situation whenever possible,” said Supervisor Johnson, Jr.

“The Milwaukee County Sheriff's Department doesn't train our deputies to use the chokehold procedure,” said Supervisor Martin. “We would like to see our deputies utilize the other tools in their toolkits. It appears departments across the country have fallen into the habit of using deadly force as their go-to response versus using the de-escalating tools available. Any law enforcement agency utilizing or condoning the use of chokeholds advisedly or not is indeed living in the dark ages. I would recommend such departments be dismantled full stop!"

“From George Floyd to Eric Garner and all the way back to Ernest Lacy in 1981, it has been shown time and time again that the use of chokeholds and any restraint that restricts a person’s breathing should not be used by law enforcement or in correctional facilities,” said Supervisor Staskunas.

The news release goes on to say, while the Milwaukee County Sheriff’s Office does not train deputies to use chokeholds, and Sheriff Lucas has said that any law enforcement agency that does is in the “dark ages,” this resolution is a step towards formally banning the practice in Milwaukee County.

The resolution also declares that all Milwaukee County employees must first attempt to deescalate a confrontation whenever possible before resorting to the use of physical force.

The resolution is scheduled to be heard in front of the County Board’s Audit Committee on Wednesday, Sept.16 at 1 p.m.