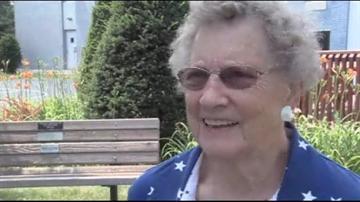 MILWAUKEE-The U.S. Coast Guard hosted a birthday party Friday with one of its veterans.

She shares the same day and month of birth as the Coast Guard which is August 4th.

The Coast Guard is much older of course, but Dolores Schubilske is marking a landmark 90th birthday.

She was one of only about 20 women in the Coast Guard during WWII who rated as a parachute rigger.

\"What's funny about that is we thought they were parachutes men jumped with,\" Schubilske told CBS 58 News. \"But they were for bombs. We didn't find out until way after the war was over.\"

Between Dolores and her brothers, her family has served in every branch of the military.