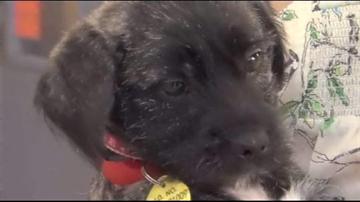 MILWAUKEE-- A proposed city ordinance could ban \"puppy mills\" in the City of Milwaukee.

\"Mass breeding facilities don't take into account the social, emotional, and physical needs of animals as they're being bred,\" said Jill Klein, Education and Advocacy Manager for the Wisconsin Humane Society.

When a constituent approached Ald. Tony Zielinski with disturbing video of abuse at \"puppy mills,\" he knew he had to take action.

\"It's for profit,\" said Zielinski, regarding operations at mass breeding facilities, \"if the concern for the welfare and safety of these animals is not primary on their list, what their primary concern is making money.\"

Zielinski proposed an ordinance that limits where pet shop owners can obtain dogs and cats.

\"These pet stores will still be okay,\" he said, \"they can still sell food and supplies and other things like that as well, they just have to adapt.\"

If the ordinance passes, pet shop owners can only obtain animals for sale through an animal control center, animal care facility, or non-profit rescue operation, including the Wisconsin Humane Society.

\"There are many animals in need of loving homes in our community,\" said Klein.

Some pet shop owners, like Sharon Turner are against the ordinance.

\"The rescues are not going to turn them over to a shop,\" she said, referring to the dogs at rescue operations, \"they're making money on those dogs.\"

Turner owns Tiny Tyke's Puppies in Milwaukee.  She says puppies at her shop come from kennels already regulated under Act 90, a law that requires all commercial breeders to be licensed.

\"It is-- not fair,\" she said, referring to groups behind the proposed legislation, \"they're small group, fanatical people who truly don't know the facts, who are able to push these regulations through.\"

Turner emphasizes her industry is already under strict regulations from the state, but animal rights groups believe state law is not enough to protect animals who have no voice.

\"It can be heart wrenching for a family not to be able to provide the care that animal needs,\" said Klein.

The ordinance is scheduled for a hearing on May 1 with the Common Council Public Safety Committee.  Stakeholders on both side of the issue plan to attend the meeting.