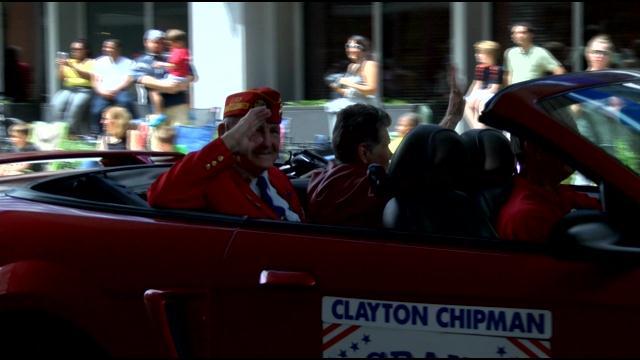 WWII Veteran Clayton Chipman was the Grand Marshall. He was born in Milwaukee in 1926 and enlisted in the United States Marine Corps. He is a life member of the military order of the Purple Heart.

\"I'm proud, but I'm also humbled that I'm taking the place of some very wonderful people that sacrificed their lives so that you and I can stand here and a talk,\" Chipman said.

Chipman served in the Iwo Jima Battle. He said he's representing about 6,800 marines and naval corpsmen that were killed during that battle.

\"We have to leave our heritage and our legacy of freedom to the younger generations,\" Chipman said.

Watch the video to see the highlights of this year's parade.