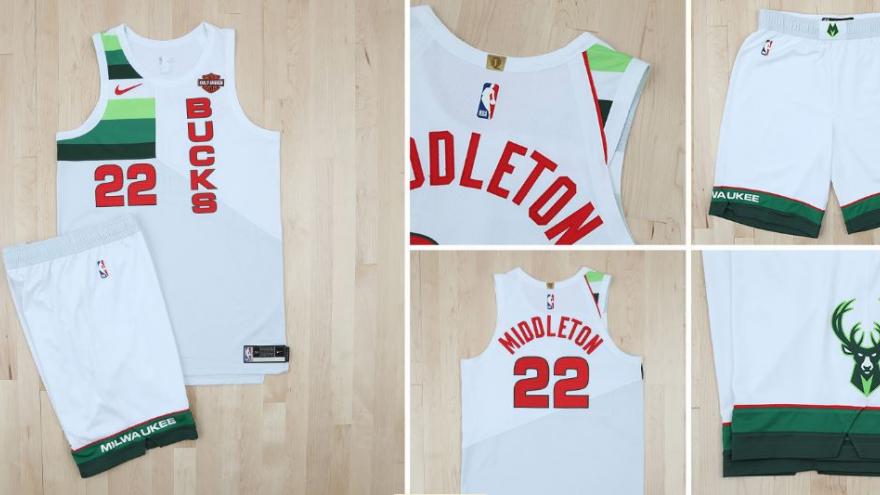 MILWAUKEE (CBS 58) – The Milwaukee Bucks have unveiled a new jersey design. Calling on the color palette and unique striping of the uniforms the Bucks wore for the majority of one of the most successful eras in franchise history, from the late 1970s through the early 1990s, comes the 2018-19 Bucks Earned Edition uniform.

To be worn for the first time during the Bucks’ matchup with the New York Knicks on Christmas Day, the Nike NBA Earned Edition uniform was awarded by the NBA to the 16 teams that made the 2018 NBA Playoffs. The Bucks will wear their Bucks Earned Edition uniform, which is a variation of the City Edition uniform, four times throughout the upcoming holiday week, including three times at Fiserv Forum on December 27 vs. New York, December 29 vs. Brooklyn and January 1 vs. Detroit, in addition to the Christmas Day game at Madison Square Garden.

Limited quantities of the Bucks Earned Edition jersey and related series of merchandise will go on sale at the Bucks Pro Shop inside Fiserv Forum and online at shop.bucks.com at 9 a.m. on Wednesday, December 19.