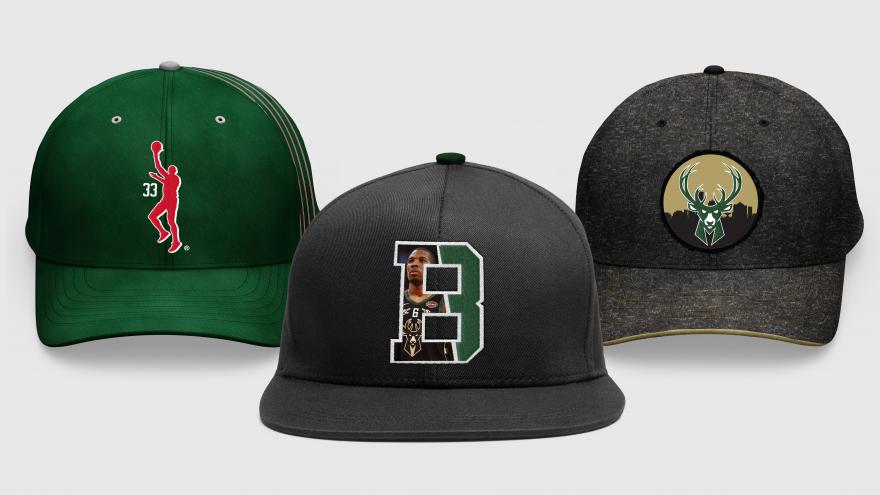 MILWAUKEE (CBS 58) -– Hats designed by Kareem Abdul-Jabbar, Eric Bledsoe and Autumn Harrington, a local student from Concordia University, will be given away to fans at three upcoming Bucks games.

As part of the BMO Harris Bucks Custom Cap Series, each cap will be given away to the first 10,000 fans on three dates during the upcoming 2019-20 Bucks season at Fiserv Forum.

Bledsoe’s cap will be given away on his birthday, Monday, Dec. 9, when the Bucks host the Orlando Magic. The cap has a 3D version of his personal logo on the front with the number “60” on the back to commemorate the Bucks’ 60-win season in 2018-19.

Abdul-Jabbar’s cap, which features his personal logo on the front and red striping on the side to mimic the Bucks’ warm-ups from his era, will be available on Friday, Feb. 28, when the Bucks take on the Oklahoma City Thunder.

Harrington’s cap design was chosen out of more than 50 submissions from local college students. It was inspired by the Bucks’ Fear the Deer colors and will be given away on Friday, March 27, when the Bucks take on the Washington Wizards.

The Custom Cap Series is in its second season. For more information on the BMO Harris Bucks Custom Cap series, or to purchase tickets to any of the games the caps will be given away at, visit www.bucks.com/bmocapseries.