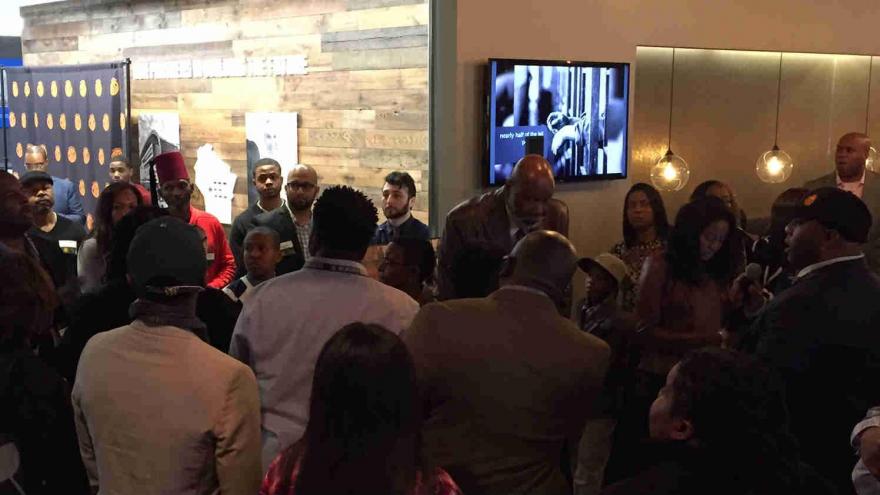 The Milwaukee Buck basketball team hosted the Philadelphia 76ers in a special MLK Day matinee, presented by We Energies.

The rare weekday afternoon game  with a 2:30 p.m. tip at the BMO Harris Bradley Center is part of the NBA's longstanding tradition of celebrating Dr. Martin Luther King Jr. Day. The NBA will feature five MLK Day matinees across the league on Monday, while all teams will honor Dr. King and Black History Month at home games in the coming weeks.

Monday's Bucks game features several tributes to the iconic civil rights leader throughout the game, including video messages from Bucks players sharing what Dr. King and his work has meant to them. Student winner of a writing and public speaking contest were honored during a special halftime presentation.

The Bucks are also using Monday's platform to recognize a group of modern African American leaders making a difference in communities throughout the state. Last month, online magazine Madison365.org named its second annual Black Power list, a collection of 44 of the most influential African Americans in the state of Wisconsin. The Bucks are proud to have two members of the organization among the 44 honorees. They are  Head Coach Jason Kidd and Vice President of Player and Organizational Development Craig Robinson.

The team invited the entire group to an exclusive pregame brunch with plans to honor the many accomplishments of this impressive group of leaders during Monday's game.