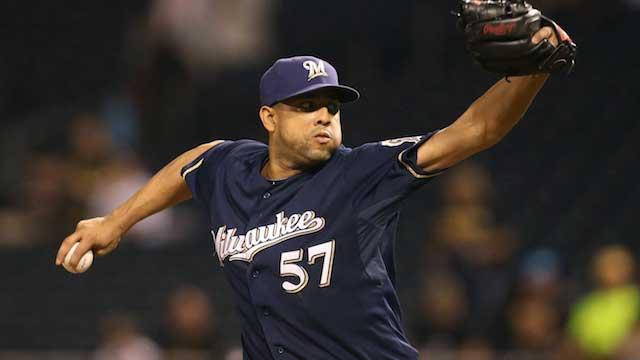 Milwaukee Brewers have traded Francisco Rodriguez, also known as K-Rod, for the Detroit Tigers infielder Javier Betancourt, according to a statement from the Milwaukee Brewers.

In addition, the Brewers will receive a player to be named by the Tigers.

K-Rod saved 38 games last season for the Brewers, and is seventh on the all time saves list with 386 for his career.

Betancourt, 20 years-old, played in four minor-league seasons. His batting average is .281 with 14 HR and 139 RBI in 338 games. Betancourt played exclusively at second base.