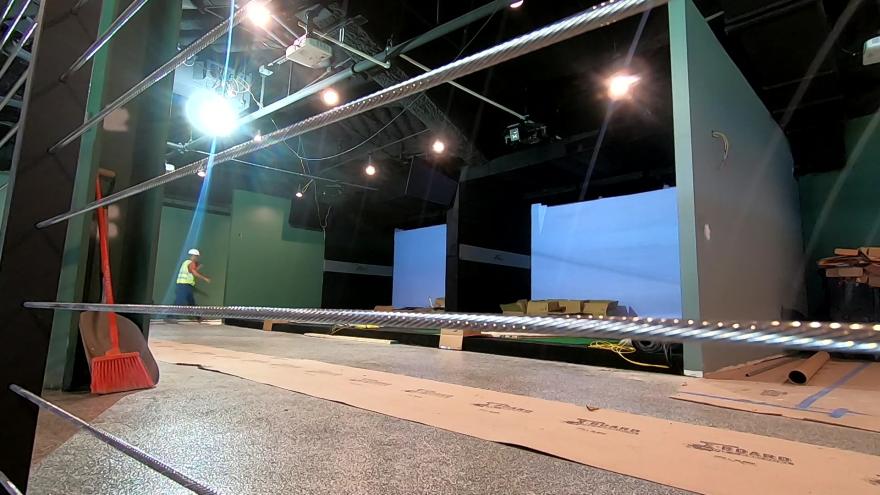 MILWAUKEE (CBS 58) -- The Milwaukee Brewers and X-Golf America have partnered to bring a golf simulator to American Family Field this September.

The 11,000 square foot facility will be the first-of-its-kind venue in any stadium. X-Golf will open Friday, Sept. 16 when the Brewers play the New York Yankees.

"We had a space prior known as the Stadium Club that was more of a fine dining destination that over the course of time had run its course. We were trying to figure out what to do with the space," Jason Hartlund said.

Jason Hartlund is the chief revenue officer for the Milwaukee Brewers. He said the simulator will be open on both gamedays and non-gamedays year-round. The space is in left field and offers a new and unique perspective for fans.

"In the offseason when simulators are typically busy, we have the advantage of being open during that time," he said.

There are seven simulators that can each host about six people. On gamedays, anyone with a ticket can access X-Golf, even if you don't want to play. The space includes plenty of outdoor seating where you sit and watch the game. There are also two bars for fans to enjoy.

"It really opens up the ballpark to potentially a different audience," Hartlund said. "We will provide free of charge brand-new sets of golf clubs and on a non-game day people can bring their own clubs in."

Kevin Lally is the senior project manager building the space. He said construction on the project started earlier this year and will wrap at the end of this month.

"Coming to a ball game is fun enough, but this gives you something a little extra to do," Lally said. "Most of the game is very realistic in terms of play."

Reservations for X-Golf open Thursday, Aug. 11. On gamedays, reservations are made in 90-minute increments for $90 for up to six people per bay. Brewers game tickets are required for game-day reservations.

On non-game day, reservations are $40 per hour on weekdays and $60 on weekends.

"You would not be surprised to know our players are excited about this space. I think there's a similarity between the baseball fan demographic and golfers and I think marrying the two makes a lot of sense," Hartlund said.

The facility will also have a licensed PGA Professional on staff who will be involved in golf lessons and club fittings.