Milwaukee Braces for More Protests Ahead of Tuesday Trump Visit 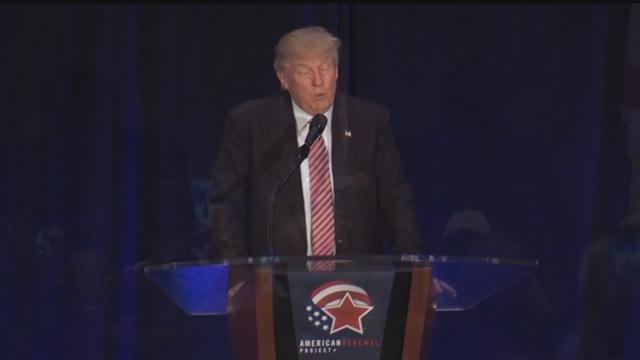 Following a high-stress weekend for authorities in Milwaukee, even more protests are expected in downtown Tuesday night as Republican presidential candidate Donald Trump plans to take the stage at the Pabst Theater.

Preparations were already underway Monday morning. A FOX News truck was parked outside of the venue. The cable news station is hosting the event where Trump is expected to address this weekend's violence and social upheaval happening in response to a police involved shooting.

Trump scheduled the event long before the events of this and that signals to UWM Professor Mordecai Lee that the visit is less about addressing the late night disturbances and the underlying social cause... and instead it's about motivating the Republican base in Wisconsin as part of a back-up plan to win the presidential election.

Some national as polls show Trump lagging behind Democratic Presidential Candidate Hillary Clinton in states like Pennsylvania and Florida.

But if a question is put to Trump on the Milwaukee situation, Lee says there's not a lot of doubt that the candidate would have a response.

"So there's a possibility that when he's here in Milwaukee in front of a microphone he's going to say something that might be provocative, that might be unpleasant," Lee said.

Doors open at the Pabst Theater Tuesday at 3 pm. Taping is set to begin at 6 pm. And according to a press release, this event is closed to local media.