Milwaukee area residents react to no vote on Scotland's independence 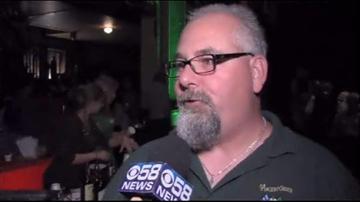 MILWAUKEE-Locals with Celtic backgrounds had plenty to say about the vote for independence in Scotland.

In the end, 55.3% of voters cast ballots saying no. In other words, they wanted to remain part of the United Kingdom.

The margin was not as close as the pollsters had indicated.

Scots, including people as young as 16, turned out in big numbers.

Those on the no side warned that Scotland's economy was in danger without the U.K.

Those who supported independence pointed to the country's oil reserves as proof Scotland could stand alone.

\"I really thought it was go to go through,\" Corey Webster of Wauwatosa told CBS 58 News. \"I thought with the younger voters wanting to secede.\"

Barry Stapleton who booked many of the Scottish acts for this year's Milwaukee Irish Fest said it's important to remember that Britain, prior to the vote, did promise to give Scotland more say in affairs.

\"I hope that it will be better for Scotland,\" Stapleton said, \"and make them think about their future.\"

A vote for Independence would have triggered 18 months of negotiation on how the two countries would split apart.