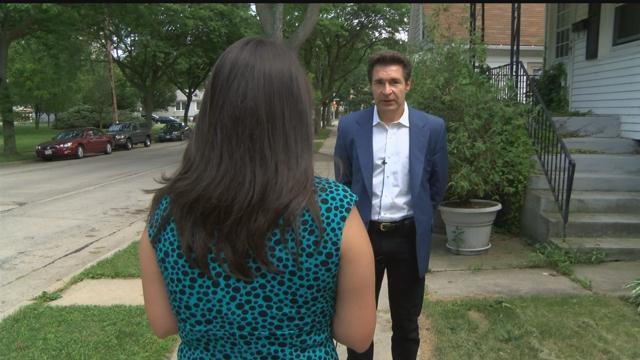 Milwaukee alderman Tony Zielinski asked a judge Dennis Moroney to not place a violent sex offender in a home where two other sex offenders already live on Van Beck Avenue. Clint Rhymes, 51, was convicted of second degree sexual assault in 1988.

Judge Moroney decided against the residency and scheduled another hearing on Oct. 7. Rymes will remain at the Sand Ridge Secure Treatment Center Mauston, WI, in the meantime. This decision gives Ald. Zielinski additional time to come up with a plan of residency for sex offenders like Rhymes.

\"What we need to do is have a plan in place where these sex offenders aren't located in densely populated areas, that are not going to disrupt the social fabric of those neighborhoods and there are ways that we can possibly do that,” Zielinski said. “I think there are some homes in the city of Milwaukee where they aren't in densely populated areas and that could be part industrial.\"

Zielinski sponsored an ordinance that was approved by the city that prohibits sex offenders from living within 2,000 square feet of a school, park or playground. He said the two sex offenders that were placed on Van Beck Avenue violate that ordinance.

He said the courts are having a difficult time placing sex offenders without violating the current ordinance. He hopes to have a plan written by Rhymes court date on October. Zielinski said it will be a modification of the city ordinance he already sponsored.