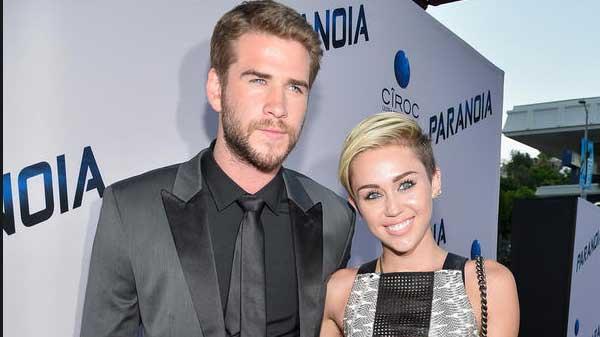 The rumors are true: Miley Cyrus and Liam Hemsworth are reportedly "engaged again."

A source told Us Weekly that the celebrity couple are back together and ready to commit; they've already moved in together.

Cyrus sparked rumors after she posted a photo of herself wearing a diamond ring on Instagram -- one that looked just like the engagement ring Liam Hemsworth gave to her in 2012.

"Miley and Liam are 100 percent back on," a source told Us of the couple.

The two rekindled their romance in April, and Hemsworth has "told friends they're engaged again."

Their last engagement ended in 2013, but this time, they're "picking up right where they left off," a second source told Us.

"She's moving back in with him and bringing her dogs," said the source. "She has always loved him."