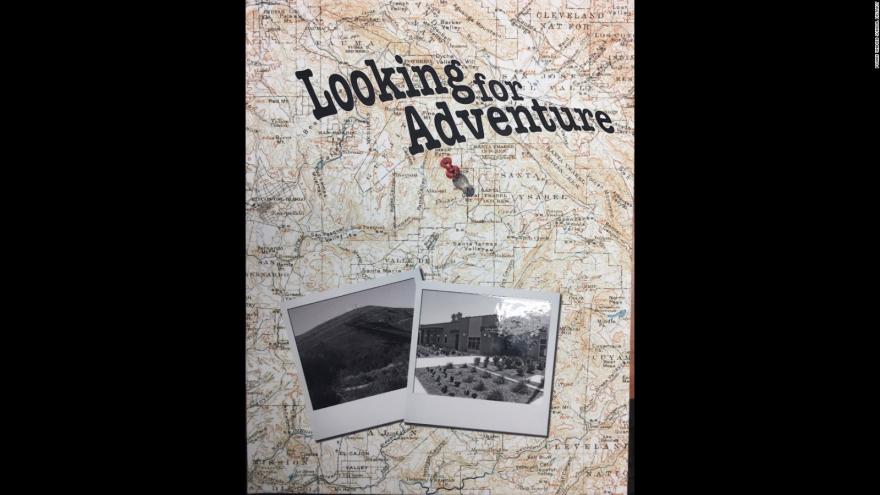 (CNN) Some middle schoolers are learning that history isn't always meant to be celebrated after the N-word was inadvertently printed on the front cover of their yearbooks.

The racial slur appeared in an historical map chosen as a background image by book editors and staff at Black Mountain Middle School in San Diego.

"In using an historical map from the 1800's of northern San Diego County, our staff and yearbook editors inadvertently used a background image for the cover of this year's yearbook containing a highly offensive racial term," principal Charan Kirpalani wrote in a letter to parents. "This was a reference to an area of San Diego County on Palomar Mountain which was once known as the home of a freed slave, and referred to with a very derogatory label."

The mistake got noticed Monday, after eighth-graders got their yearbooks. Staff members quickly collected about 1,000 books and scratched out the offensive word by hand.

"Literally, staff went through each yearbook and scratched off that word from the cover so that we can get these yearbooks in time to our kids," Poway Unified School District Communications Director Christine Paik told CNN affiliate KFMB.

Some parents said they understood how someone might be offended but believed this was an honest mistake.

"It's unfortunate that it happened," Scott Grider, a dad, told KWBM. "Sounds like the district is taking right measures to get it fixed."

The corrected yearbooks will be distributed to students Wednesday, Paik told CNN.